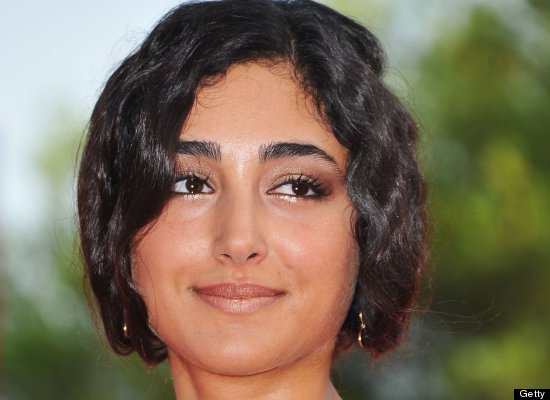 While the Iranian government may not be the biggest fan of native actress Golshifteh Farahani after her skin-baring photo shoot for Le Madame Figaro and for appearing partially nude in a short film, the blogosphere is showing her some love. Reuters reports that a Facebook page created in support of the actress has more than 3,400 ‘likes’ and counting.

But her supporters haven’t stopped there.

In an act of solidarity, many fans are taking their own nude photos and posting them online, Reuters reports. Farahani was banned from returning to Iran by the country’s government after her semi-nude appearances.

The Iranian actress has said that her appearances were in protest of Iran’s restrictions on how women are allowed to appear in public, according to The Daily Beast. The Facebook page created in support of Farahani’s protest says its goal is “to support Golshifteh’s move, in order to say NO to relegion (sic), tradition, culture and anti women’s law.” The group description ends with the words, “Viva freedom !!!” 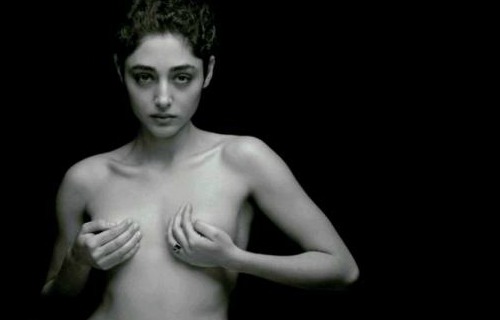 Farahani posed without a shirt, hands covering her breasts to protest Iran’s restrictive policies towards women. The actress, who now lives in Paris told press that she’s been advised by the Iranian government that she’s no longer welcome in the country.

A number of activists are stripping down in support of Iranian actress Golshifteh Farahani, who was reportedly banned from her homeland after posing topless for French magazine Madame Le Figaro. Farahani had earlier been banned from leaving her country after appearing iin the 2008 Leonardo Di Caprio film “Body of Lies,” according to TheWrap.

A fleshy rebellion is spreading hot and fast across the cybersphere, as a growing number of activists are stripping down in support of Iranian actress Golshifteh Farahani, who was reportedly banned from her homeland after posing topless for French magazine Madame Le Figaro.

Farahani — who had earlier been banned from leaving her country for appearing in the 2008 Leonardo DiCaprio/Russell Crowe film “Body of Lies” — appeared without a shirt, but with her hands covering her breasts, to protest Iran’s restrictive policies toward women. The actress, who’s now based in Paris, told the press that she was subsequently advised by the Iranian government that she is no longer welcome within her former country’s borders.

But there might be a happy — or at least sexy — ending to the sad tale of gender oppression. Since world of Farahani’s predicament broke, a movement has sprung up, with supporters encouraging others to post Farahani’s topless photo as a “PicBadge” of the actress’ photo-shoot to their Facebook profiles.

Other, more daring, supporters have gone so far as to post their own skin-baring portraits as a show of solidarity for the banished thespian. A Facebook page in support of Farahani has so far amassed 3,422 “likes,” and boasts numerous photos of pro-Farahani-partisans posing in the buff.

“This page has been formed, in order to support Golshifteh’s move, in order to say NO to relegion, tradition, culture and anti women’s law,” a statement on the Facebook page reads. “Viva freedom !!!”

It’s unclear what, if any, effect the movement will have on the infamously rigid Iranian government’s decision.