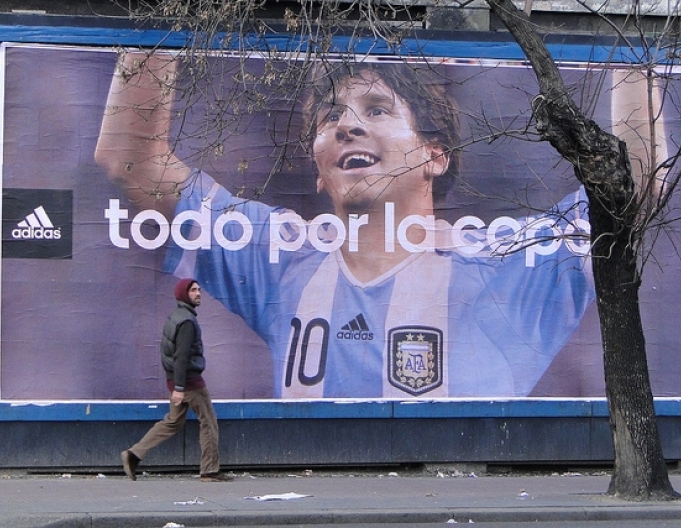 Argentine-born Lionel Messi has just been named FIFA’s player of the year for the third year running, further proof that the 24-year-old Barcelona striker is already a living legend

It’s next to impossible to think of something original to write about Lionel Messi, who at just 24 years of age has just been awarded FIFA’s Ballon d’Or – and thus recognized as the world’s greatest soccer player – for the third consecutive year. Only France’s Michel Platini, who won the award in 1983, 84 and 85, ever accomplished such a feat.

I could write that the Argentine star is a tiny genius, that he has the trickiest and most inventive left foot since Diego Maradona, his legendary compatriot. But everyone knows that already. Or I could say that he’s a freak of nature. Indeed, he suffered from a kind of dwarfism as a child. But that’s hardly a scoop either.

So, instead of resorting to all the normal clichés or lauding Messi with heaps of well-deserved superlatives, I’m just going to let Johan Cruyff, a soccer giant in his own right, do the talking for me. “Messi will be the player who ends up winning the most Ballon d’Or trophies in history,” Cruyff, a three-time Ballon d’Or winner, told the Argentine newspaper Olé. “He’ll win five, six, seven! There’s no one that compares to him. He plays in another dimension.”

Bixente Lizarazu, a member of France’s 1998 World Cup champion team, says Messi’s worth his weight in gold. “Messi’s a genius,” said Lizarazu, currently a commentator with the French channel TF1. Compared to the Ballon d’Or runner up, Cristiano Ronaldo of Portugal, Messi has “something extra…an ability to switch between an individual and the team style of play that makes him more versatile than Cristiano. His game is more surprising,” said Lizarazu.

The third place finisher was Xavi Hernández, one of Messi’s Barcelona teammates. If it weren’t for Messi, most soccer experts agree, Hernández would likely have won his own Ballon d’Or award by now, especially in 2010, when he anchored Spain’s World Cup championship team. But then, as now, his path was blocked by the Argentine ace.

And the worst player award goes to…

Alchemists once tried to turn lead into gold. I’m going to attempt the opposite by turning my attention now to the “Ballon de Plomb” (lead ball), a parody award for the world’s most disappointing player. On Monday, the Cahiers du Football website gave the dubious distinction to Moussa Maazou of Nigeria. The runner up was André-Pierre Gignac of France.

On loan to Bordeaux from CSKA Moscow, Maazou was banished by the French team for being abusive towards the club and its supporters. He then joined Monaco but soon injured his knee, putting him out of commission for six months. He was finally sent on loan to Waregem in Belgium, where he insisted publicly that he was every bit as good as the players from Real Madrid or Barcelona, Spain’s powerhouse teams. Soon after Waregem announced it wanted to break its contract with Maazou and, according to the Cahiers du Footall site “claim compensation for the paucity of services provided.”

It’s almost as much fun to talk about the goats as the greats. But always better, of course, to root for the gold.