It wrecks ­marriages, ­destroys ­careers, and saps self-worth. Yet ­Americans are being ­diagnosed as sex ­addicts in ­record numbers. Inside an epidemic. 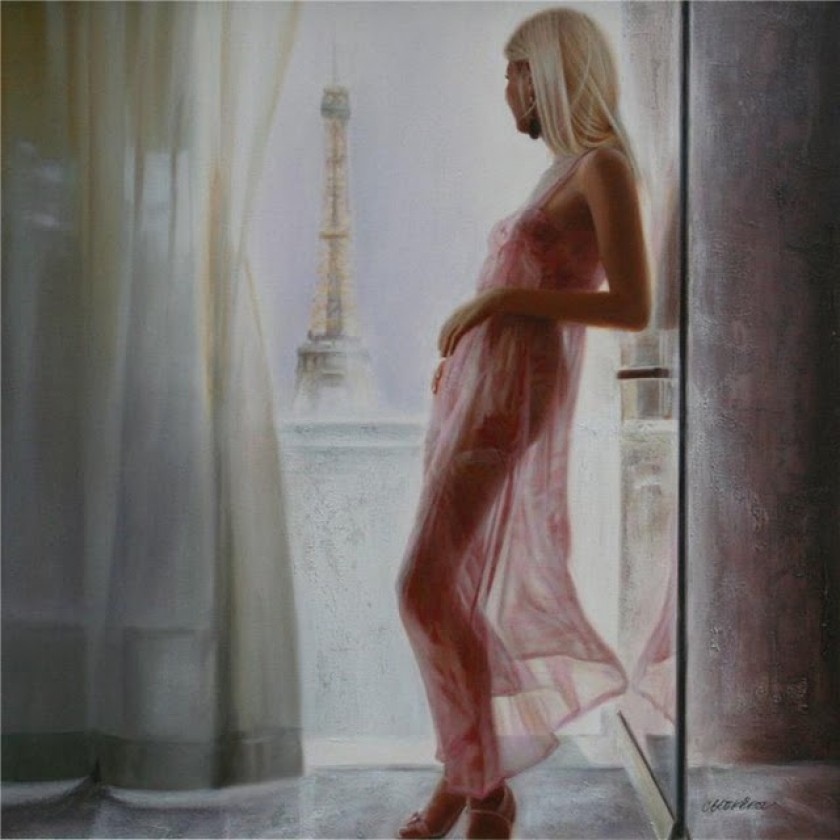 For Valerie, sex was a form of self-medication: to obliterate the anxiety, despair, and crippling fear of emotional intimacy that had haunted her since being abandoned as a child. “In order to soothe the loneliness and the fear of being unwanted, I was looking for love in all the wrong places,” she recalls.

After a decade of carrying on this way, Valerie hit rock bottom. Facing her second divorce as well as the end of an affair, she grew despondent and attempted to take her life by overdosing on prescription medication. Awakening in the ICU, she at last understood what she had become: a sex addict. “Through sexually acting out, I lost two marriages and a job. I ended up homeless and on food stamps,” says Valerie, who, like most sex addicts interviewed for this story, declined to provide her real name. “I was totally out of control.”

“Sex addiction” remains a controversial designation—often dismissed as a myth or providing talk-show punchlines thanks to high-profile lotharios such as Dominique Strauss-Kahn and Tiger Woods. But compulsive sexual behavior, also called hypersexual disorder, can systematically destroy a person’s life much as addictions to alcohol or drugs can. And it’s affecting an increasing number of Americans, say psychiatrists and addiction experts. “It’s a national epidemic,” says Steven Luff, coauthor of Pure Eyes: A Man’s Guide to Sexual Integrity and leader of the X3LA sexual-addiction recovery groups in Hollywood.

Reliable figures for the number of diagnosed sex addicts are difficult to come by, but the Society for the Advancement of Sexual Health, an education and sex-addiction treatment organization, estimates that between 3 and 5 percent of the U.S. population—or more than 9 million people—could meet the criteria for addiction. Some 1,500 sex therapists treating compulsive behavior are practicing today, up from fewer than 100 a decade ago, say several researchers and clinicians, while dozens of rehabilitation centers now advertise treatment programs, up from just five or six in the same period. The demographics are changing, too. “Where it used to be 40- to 50-year-old men seeking treatment, now there are more females, adolescents, and senior citizens,” says Tami VerHelst, vice president of the International Institute for Trauma and Addiction Professionals. “Grandfathers getting caught with porn on their computers by grandkids, and grandkids sexting at 12.”

“Not everyone who looks at a nude image is going to become a sex addict. But the constant exposure is going to trigger people who are susceptible,” says Dr. David Sack, chief executive of Los Angeles’s Promises Treatment Centers.

New high-tech tools are also making it easier to meet strangers for a quick romp. Smartphone apps like Grindr use GPS technology to facilitate instantaneous, no-strings gay hookups in 192 countries. The website AshleyMadison.com promises “affairs guaranteed” by connecting people looking for sex outside their marriages; the site says it has 12.2 million members.

This year the epidemic has spread to movies and TV. In November the Logo television network began airing Bad Sex, a reality series following a group of men and women with severe sexual issues, most notably addiction. And on Dec. 2, the acclaimed psychosexual drama Shame arrives in ­theaters. The movie follows Brandon (portrayed by Irish actor Michael Fassbender in a career-defining performance), a New Yorker with a libido the size of the Empire State Building. His life devolves into a blur of carnal encounters, imperiling both his job and his self-regard. In perhaps the least sexy sex scene in the history of moviedom, Brandon appears to lose all humanity during a frenzied ménage à trois with two prostitutes. “It’s a foursome with the audience,” says director and co-writer Steve McQueen. “What we were doing was actually dangerous. Not just in terms of people liking the movie, but psychologically.”

However powerful and queasy Shame’s odyssey into full-frontal debasement may be, the film only begins to tap into the dark realities connected with sex addiction. Take it from Tony, a 36-year-old from the affluent Westside of Los Angeles, who found his life thrown into turmoil by compulsive sexual behavior. “I was crippled by it,” he says. “I would go into trancelike states, lose track of what I was doing socially, professionally, spiritually. I couldn’t stop.”

He was ashamed of his tireless efforts to find women. “I was meeting girls on the basketball court, in the club, pulling my car over to meet them on the street,” Tony recalls. It took joining a Sex and Love Addicts Anonymous 12-step program for him to realize that he wasn’t alone.

He also learned that his fixation on sex was a way of avoiding his insecurities and tackling the emotional issues that first led to his addictive behavior. “The addiction will take you to a place where you’re walking the streets at night, so keyed up, thinking, ‘Maybe I’ll just see if there’s anybody out there,’” he says. “Like looking for prey, kind of. You’re totally jacked up, adrenalized. One hundred percent focused on this one purpose. But my self-esteem was shot.”

Most treatment programs are modeled on Alcoholics Anonymous, but rather than pushing cold-turkey abstinence, they advocate something called “sexual sobriety.” This can take different forms, but typically involves eradicating “unwanted sexual behavior,” whether that’s obsessive masturbation or sex with hookers. “We treat it very much like sobriety for an eating disorder,” says Robert Weiss, founder of the Sexual Recovery Institute in Los Angeles. “They have to define for themselves based on their own goals and belief systems: ‘What is healthy eating for me? Can I go to a buffet? Can I eat by myself?’ We look at your goals and figure in your sexual behaviors and validate what’s going to lead you back to the behavior you don’t want to do.”

Although sex addicts sometimes describe behavior akin to obsessive-compulsive disorder, research hasn’t directly correlated the two. But a growing body of research shows how hypersexual disorder can fit into other forms of addiction. At the Promises treatment centers, clinicians have observed a number of sex addicts who have relapsed with drugs or alcohol in order to medicate the shame they felt. Severe depression can also follow after an addict starts to confront the condition. “I realized I was not comfortable in my own skin,” says Valerie, who checked herself into four months of treatment for sex addiction at Del Amo, a private behavioral-health hospital in Torrance, Calif. “My depression came from the fear I was going to be alone for the rest of my life. Fighting the obsession and rumination, the fear of loneliness and abandonment.”

Sex addicts are compelled by the same heightened emotional arousal that can drive alcoholics or drug addicts to act so recklessly, say addiction experts. Research shows that substance abusers and sex addicts alike form a dependency on the brain’s pleasure-center neurotransmitter, dopamine. “It’s all about chasing that emotional high: losing yourself in image after image, prostitute after prostitute, affair after affair,” says the Sexual Recovery Institute’s Weiss. “They end up losing relationships, getting diseases, and losing jobs.”

Here’s what the experts will tell you that sex addiction is most decidedly not: a convenient excuse for sexual indiscretions and marital truancy. Chris Donaghue, a sex therapist who hosts the show Bad Sex, says Tiger Woods, for example, does not qualify as a sex addict, despite his well-documented sexcapades and treatment at a Mississippi rehabilitation center specializing in sex addiction. “Because he didn’t honor his integrity and marital boundary does not make him an addict,” Donaghue says, adding that people will say, “?‘Because I get in trouble, because I cheat, I’ll just blame it on sex addiction. That’s my get-out-of-jail-free card.’?”

Contrast Woods’s wild-oats sowing against the experiences of Harper, an Atlanta-born television executive who found himself caught in the grips of sex addiction for four years. After joining an online dating service, Harper fell into a pattern of juggling multiple relationships, sexting incessantly and focusing almost singlemindedly on hooking up. He discovered he could usually get his partners into bed on the first date—sometimes within the first hour of meeting. “And these weren’t desperate women,” he says.

Exhibit A: “We see a lot of heterosexual men who are addicted to sex and, because culturally and biologically women aren’t as readily available to have sex at all times of the day, these men will turn to gay men for gratifi­cation,” says sex therapist Donaghue. “Imagine what that does to their psychology. ‘Now am I gay? What do I tell my wife?’?”

That wasn’t the issue for Max Dubinsky, an Ohio native and writer who went through a torturous 14-month period of online-pornography dependence. He says a big problem with his addiction was actually what it prevented him from doing. “I couldn’t hold down a healthy relationship. I couldn’t be aroused without pornography, and I was expecting way too much from the women in my life,” recalls Dubinsky, 25, who sought treatment at the X3LA recovery group and is now married.

If discussion of sex addiction can seem like an exclusive domain of men, that’s because, according to sex therapists, the overwhelming majority of self-identifying addicts—about 90 percent—are male. Women are more often categorized as “love addicts,” with a compulsive tendency to fall into dependent relationships and form unrealistic bonds with partners. That’s partly because women are more apt than men to be stigmatized by association with sex addiction, says Anna Valenti-Anderson, a sex-addiction therapist in Phoenix. “We live in a society where there’s still a lot more internalized shame for women and there’s a lot more for them to lose,” Valenti-Anderson says. “People will say, ‘She’s a bad mom’ for doing these sexual things. As opposed to, ‘She’s sick and has a disorder.’ But very slowly, women are starting to be more willing to come into treatment.”

Addicts and therapists alike say they hope a greater awareness of the disease will eventually help addicts of all genders and ages come forward and seek treatment. Many are likely to find that “sex addiction isn’t really about sex,” as Weiss puts it; it’s about “being wanted.”

X3LA’s Steven Luff says, “Sex is the perfect match for that. ‘I matter right now. In this moment, I am loved.’ In that sense, an entire culture, an entire nation is looking for meaning.”