Public officials have been caught repeatedly in usury-related scandals in the wealthy southeastern city of Wenzhou. Not only is it a betrayal of public trust, it exposes an economic system that too often relies on illegal money lending. 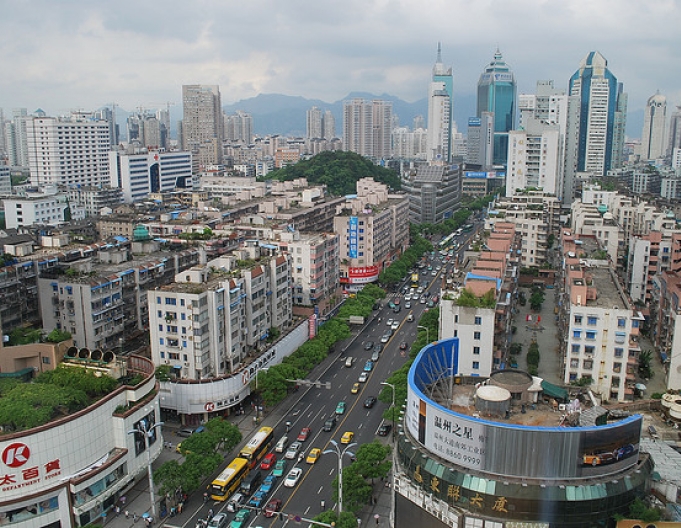 Recently, a couple of moneylenders from Wenzhou China ran off with 1.3 billion RMB ($204 million) worth of deposits, 80% from government coffers. The public reaction fell somewhere short of surprise, as two other similar cases this year had already made headlines: in one, the creditor-victims were all employees of Wenzhou’s local judiciary system; in the other case, the usurer, who was a top local Communist Party appointee, was later accused of killing his mistress.

That high-ranking officials are involved in usury has become an open secret over the years in Wenzhou Zhejiang, one of the Chinese regions most active in private lending, where 30% of small and medium-sized enterprises (SME) are believed to rely on illicit moneylenders to maintain their cash flow.

The flight of these usurers not only leaves direct victims, it also breaks the flow of funds and can actually slow the entire regional economy. In September, some 80 Wenzhou entrepreneurs either went bankrupt or fled town. There were two suicides last month because of the despair.

But more than the general downturn for entrepreneurs in Wenzhou, public interest has above all focused on the fact that public officials are involved in private lending.

In general terms, officials are not allowed to run a business and hold shares, let alone act as financial sharks. But in reality, the practice is widespread, benefiting from the fact that both usurer and public officials are aiming for high-interest yields. The rule of the game is an exchange of interests. In guaranteeing their creditors high interest from their deposits, the usurers will also demand “convenience” from the officials or even use the credibility of their official positions so as to attract even more depositors. This is tantamount to a disguised form of bribery.

High returns usually involve high risk. So two other factors explain why these bureaucrats take so much risk in depositing private money. One of them is that a lot of their funds come from corruption and therefore must be laundered anyway. The shady nature of the private funds is perfect for hiding black money, while at the same time yielding much better returns than any proper channel.

A recent survey conducted by the All-China Federation of Industry & Commerce reveals that 90% of Chinese SME cannot obtain loans from banks, which prefer to lend to state enterprises. As the monetary condition tightens further, some say that the SME are finding it even more difficult to cope than they did in 2008, when the financial crisis started.