A German newspaper said Merkel had concluded Greece was insolvent and was pushing for a mandatory debt restructuring. 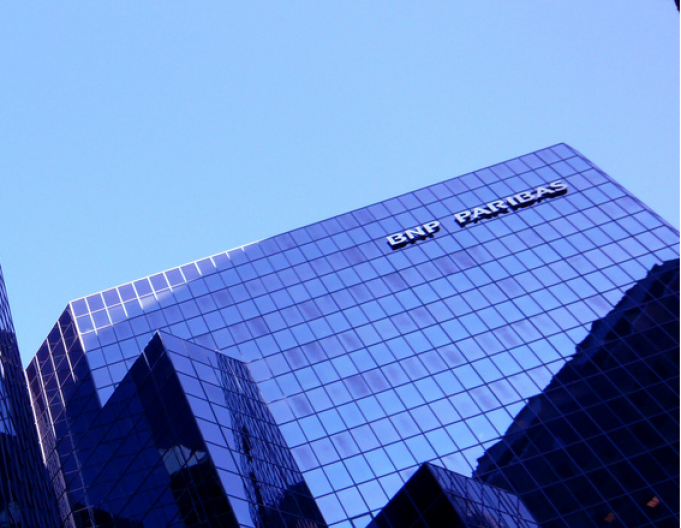 Three years after the crash of the US investment bank Lehman Brothers, the financial crisis is hitting hard again. If, in the fall of 2008, the whole future of the international financial system – and, with it, the whole world economy – was at stake, according to many experts the situation today is even worse.

If the politicians aren’t capable of dealing with the financial crisis in a credible way, “then I believe that within two to three weeks, we will have a meltdown in sovereign debt which will produce a meltdown across the European banking system,“ warned Robert Shapiro, an International Monetary Fund (IMF) consultant.

Most of the heads of euro-zone countries have finally woken up to the urgency of the situation. On Sunday, France’s President Nicolas Sarkozy met with Germany’s Chancellor Angela Merkel in Berlin to try and find a way out of the dilemma. But time is running out.

Up until a few days ago, Sarkozy and Merkel differed on a number of major points. Germany wants to restructure Greece’s debt, and France doesn’t. Paris is asking that the European Financial Stability Facility (EFSF) have access to European Central Bank (ECB) funds to refinance affected euro-zone states and banks, but Berlin opposes this.

Merkel wants to change European contracts now (as opposed to in three years’ time) so as to have greater leverage over the debtor states; she also wants this extended EU-wide, while Sarkozy wants it limited to the euro zone.

Meanwhile, sources tell Die Welt that the two have reached agreement on at least some of the disputed points: in return for a debt cut for Greece, Germany would let the French have their way with regard to the EFSF. The consequences of that could be that if some French banks cannot withstand partial default of the Greek debt, they would be shored up by the EFSF — and hence German taxpayer money. A decision with regard to recapitalizing banks would be taken at the latest by the time the European Council meets on October 17 and 18.

No time to spare

This is urgent. A number of European banks would need capital to be able to withstand a debt cut in Athens. Many banks can’t get more money on capital markets, and that doesn’t only apply to US banks, but also to those European banks increasingly refusing to do business with their competitors. They’re afraid of losing their money in case their business partner goes under. Instead of investing at higher interest rates with the competition, banks prefer to park their money with the European Central Bank (ECB) — so much so that by the middle of last week the sum amounted to over 210 billion euros.

The operative assumption in the German government has for a while been that this turbulence is going to have consequences for the real economy. “For the moment, everything’s looking pretty good – but it’s not going to stay that way,” says one government source.

German banks have already reduced their credits to the rest of Europe. It’s only a matter of time before they start to do the same nationally. That means that German companies are going to be in trouble. They will invest less and where possible start to lay off personnel. In such an internationally fragile context, with a weak US economy, the European debt crisis could be the catalyst of a global recession.

Unlike 2008, this time the fault doesn’t lie with the banks who were gambling on murky financial products. Their problem this time around is European government bonds. For years, these bonds were considered so low-risk that banks didn’t even require a back-up buffer for them. But since Greece, Ireland, Portugal, Spain and Italy have started to wobble, it’s become clear this was a mistake.

And so now, they’re all up the creek looking for a paddle. The banks are under pressure because they hold bonds from ailing euro states. The national governments should theoretically be able to help them, except that the politicians don’t have any money. “We’re in the middle of a full-blown banking crisis,” says Maurice Obstfeld, professor at the University of California in Berkeley.

Recent news from the rating agencies shows just how dramatic the situation has become. Fitch has lowered Spain’s and Italy’s ratings, which means higher interest rates on new loans, and even more of a burden on both countries. As if that weren’t bad enough, Belgium is now in trouble as well. (Reuters reported Monday that Franco-Belgian bank Dexia agreed  to the nationalization of its Belgian banking division and secured 90 billion euros in state guarantees in a rescue that could pressure other euro-zone governments to strengthen their banks.)

According to World Bank president Robert Zoellick, Germany – as Europe’s largest country – now faces a particular challenge. “Twenty years ago, when Germany was reunified, Chancellor Helmut Kohl had a vision of how things could develop,” Zoellick told the German business news magazine Der Wirtschaftswoche. “Vision is completely lacking now, and the longer this goes on, the more money it’s going to cost and the fewer options remain.”

The banking crisis is a resounding example of how this can happen. Politicians have been kicking the can down the road for too long. “Public funds should bear as large a portion of the risk as possible so as not to further damage the stability of the financial system,” said Princeton professor Eric Maskin.

The alternative would be a scenario that no politician in government would be willing to risk: the breakdown of the world’s financial system. Angela Merkel was most certainly aware of this by the time she met Monsieur Sarkozy this past weekend.