Those coining the blood of war should have to sacrifice too, even if it is only their profits from war. 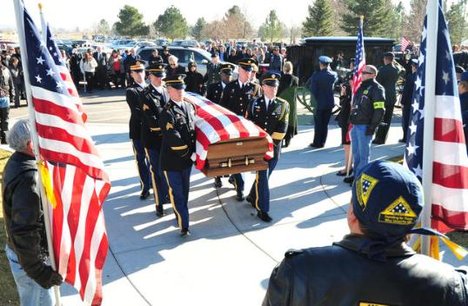 Immediately after World War One but still during the United States’ military occupations of Russia and China, Hiram Johnson, the former reform governor of California who served in the Senate, spoke for many who feared American involvement in the Great War might continue to generate obscene profits for armaments makers. To ensure that corporate interests and their futuristic manufactured wars did not reap unfair gains from the war taxes imposed on citizens, Johnson proposed that the government make the defense industry contribute toward the expenses of war.

In, “Why Not a Dollar Draft?,” and since Johnson senses an injustice and inequality in taxation, he believes that the government should not only conscript the blood of the nation, but it should conscript a part of the wealth of the United States that is coined out of its blood. “With a boundless enthusiasm we conscripted, in a very brief period, the youth of this land,” writes Johnson, “With an enthusiasm that would brook no delay, we took our youth and sent that forth to fight for this nation, and to die if necessary, upon foreign soil. I ask that same enthusiasm for conscripting the wealth of the nation…”

The “other” wealth of the United States that Johnson is referring to are military war industries, armament manufacturers, and enterprising war profiteers. According to Johnson, “Those who coin the blood of war are the ones best able to pay the expense of war. Those who make swollen war profits out of this particular exigency are those who ought to pay for the cost of this war.” For Johnson and many others, it was quite a trivial matter to take from the swollen fortunes that came from the Great War, especially when considering those who lost their lives and blood and limbs on foreign battlefields.

Unlike England, which took 80 percent of the war profits to run its war, the United States took very little monies from massive armaments industries and their profits. Arm makers were actually subsidized by the government while a staggering $20 billion national debt was incurred, a debt to be paid by future generations. Although Johnson proposed to take the largest possible share of the war profits that is possible for the government to take from armaments industries, should not “all” profits be seized from the war profiteers? When many sacrifice blood, is not sacrificing war profits the least arm makers can do?

Perhaps a “dollar draft,” or seizing the profits from those who coin the blood of war, will prevent what Robert Burns writes about in, “Stars and Stripes.” In his article, “In Iraq, youngest US troops bore the heaviest tool,” Burns relates how graveyards across America are becoming filled with young soldiers who have been killed in the U.S.-Iraq War. Nearly one-third of U.S. troops killed in Iraq were only age 18 to 21, and more than half were in the lowest enlisted ranks. But insurgency wars confuse commanders, and preemptive wars needlessly maim and kill tens of thousands of civilians and soldiers alike.

Such wars not only leave behind death and destruction on foreign soil, but they leave millions to suffer unseen psychological and emotional wounds for years to come. The soldier Burns writes about is like most who joined the military “as a ticket to a better life.” But it was an unexpected, fatal ticket. Meanwhile, chief officers and board members are reaping enormous profits from armaments industries, like Lockheed, Boeing, Raytheon, and General Dynamics. Political and military investors are accumulating tremendous wealth from wars. They all live in million-dollar homes and drive the most expensive cars.

Should not their war profits be conscripted, just as the blood of the young are conscripted? Should not they be forced to sacrifice their earnings from war, just as young men and women in uniform are called to sacrifice their blood and lives? And since preemptive wars were met with a boundless enthusiasm by these war profiteers, why not employ the same enthusiasm to preemptively seize “all” profits from their wars? After all, would this not show true courage, patriotism and sacrifice? How fair is it for corporate leaders, in a kind of non-terroristic fascism, to dominate an integrated national system?(1)

Those coining the blood of war should have to sacrifice too, even if it is only their profits from war.