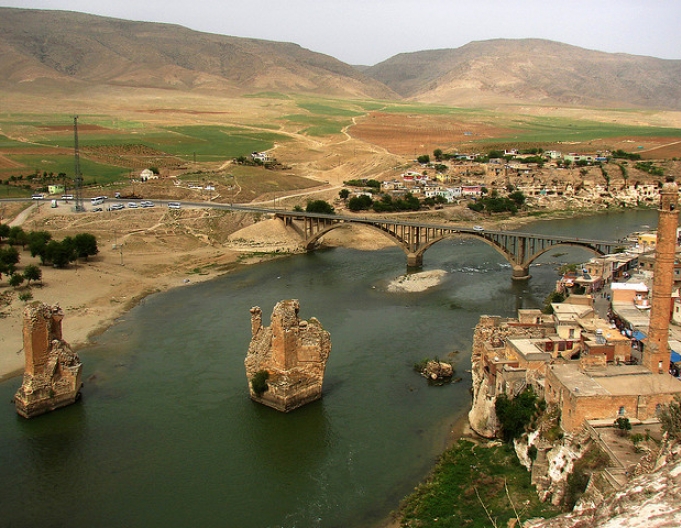 Nine girls and young women reportedly committed suicide over a 10-day period this month in Batman Province, Turkey. Women’s rights activists believe some victims may have been murdered.

After more than ten years, Batman, a province in the eastern part of Turkey, and its eponymous capital city, have been known for a particularly high rate of suicide, particularly among young women. At least, so it would appear. Women’s organizations, however, claim that in many cases the deaths aren’t suicides – they’re “honor killings.”

Now the area is again making headlines after “Milliyet,” a Turkish newspaper, reported that there had been nine suicides within a 10-day period, “most of them” involving young girls and women. Last week, an 11-year-old girl was discovered hanged – but did she hang herself, as is alleged, or did she get some help?

The news came just as the phenomenon in Batman seemed to be over. Up until the latest victims, there had been nine reported suicide deaths so far in 2011 as opposed to 29 in the first four months of 2000. However, this latest series demonstrates that the problem is very far from finished.

Suicide rates in the region differ considerably from the country’s average. While the average rate of suicide in Turkey has risen significantly in the last ten years, from 2.5 to 4 for every 100,000 inhabitants, that is still a very low rate compared with most Western countries (in Germany, the rate is around 15 per 100,000 inhabitants). Most other Muslim countries have similarly low rates like as in Turkey.

But in the southeastern part of Turkey, the rate is twice the national average – and while more men usually commit suicide than women, in Batman it’s the opposite. Noteworthy too is the age of the women – on average, 20.7 years. By comparison, in Western countries most women who commit suicide are over 45.

Women’s rights activist Hülya Gülbahar is convinced that the explanation for the skewed figures is that many of Batman’s “suicides” are in fact murders. The Turkish government has taken a number of steps over the last decade to reduce the number of “honor killings,” including more severe punishment or no longer recognizing mitigating circumstances such as “provocation” by the victim. But this crackdown, Gülbahar believes, helps explain why more such killings are being staged as “suicides.”

In some cases, Gülbahar reports, the victim is talked into killing herself “if she loves her family“: she has to die anyway, and if she kills herself it means her poor father or brother will be spared a long prison sentence. Other families cut to the chase, and simply throw the victim out the window.

However, says Hatice Yilmaz of the Women’s Rights Commission in Batman, some deaths may well be self-inflicted: many women in Turkey suffer from domestic violence, and sometimes it does lead them to suicide.