The Real Reason Behind The Turkish Generals’ Mass Resignation

Op-Ed: Turkey’s top military brass resigned en masse, setting off speculation of why, and what will happen next. But the origins of the move can be traced to the military’s many attempts to discredit the ruling party of Prime Minister Erdogan. 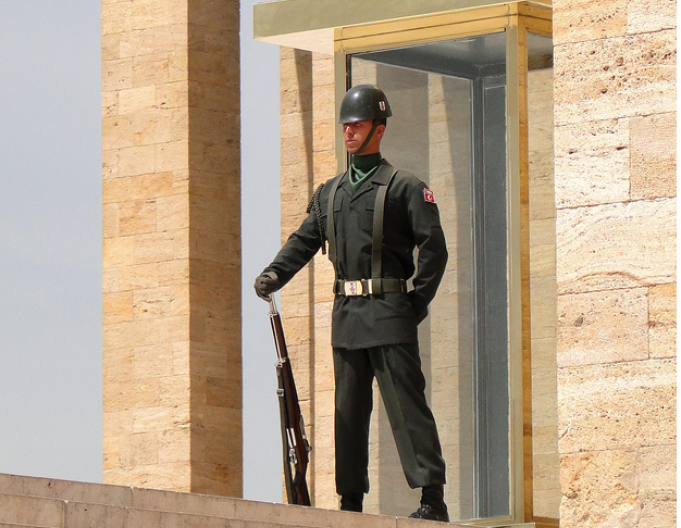 ISTANBUL – We mustn’t fool ourselves about some things. We should not take at face value the announcement last Friday that Turkey’s top generals were resigning in protest of the detention of active and retired officers in connection with the investigation of a coup plot.

It’s better to first step back in time. In the early 2000s, the office of the Chief of Staff of the Turkish Military bought multiple websites using tax money from you and I – from all Turkish citizens.

Then the military created a digital presence through the use of different website names. With these multiple websites, the military published lies and stayed busy manipulating the Turkish public. The military websites often worked to attack and spread propaganda against the conservative religious government of Prime Minister Recep Tayyip Erdogan’s Justice and Progress Party (JPP).

The false news broadcast on the websites created by the Chief of the Army were accepted as evidence and used by public prosecutors in opening a case with the intent of closing down the JPP. However, the Turkish Constitutional Court found that the evidence on the military websites was hearsay and lies, and the JPP was exonerated.

All of this information came out in 2009. At the time, the Chief of Staff stated: “Yes, we did this but only because we were directed to do it by the then Prime Minster of Turkey (Bulent Ecevit).”

Investigators searched for evidence from Prime Minister Ecevit’s office, but interestingly these so called “orders” were not found. After some wringing of hands and a few questions, the military then explained everything away by saying they were given a memorandum during Ecevit’s term in office (1999 – 2002). This memorandum, the military explained, was the locus document they used to set up these faux-news websites.

The problem is that the deceased Mr. Ecevit’s memorandum never asked the military to set up fake websites or spread lies to the Turkish public. The military took all of this extra responsibility upon themselves. And then the military leaders worked like mad to undermine the Justice and Progress Party when it came to power in 2002. All of this happened via the chain of command. A court case was later filed, and anyone interested can take a look at the indictment against the military.

All right. While the story thus far is all well and good, I wonder what did our military leaders do after all of this information became public knowledge? Did they apologize to the Turkish people for lying to us? Did they come forward and say, “Well, yeah, we tried to do something we shouldn’t have. We broke the law. And we went way beyond what a military is supposed to do. We are sorry.”? Did they say this? Did they?

Well no. In fact, they did just the opposite! The leaders of the Turkish military wrote a letter to the prosecutor that put the blame on lower-ranking officers (some colonels and majors) in the army.  However, given the strict chain of command in the military, there is no possible way our leading generals did not know about and authorize the lies that were going up on the military websites against JPP in the early 2000s.

Now, given the fact that some of these lower-level colonels and majors (who were the generals’ scapegoats) are being arrested by special prosecutors, the leading generals have resigned stating that they, “Can no longer protect the rights of their personnel.”

To the generals who resigned on Friday I ask: by lying to the entire nation and spreading propaganda against your own government, do you not have some regrets about what you did? And at the end of the day, we wonder, are you as attached to the ideas of democracy and the rule of law as you say you are?

In a normal democracy, this would not only be an issue for the courts. Instead, organizations that say they believe in democracy and commit these kinds of acts, would have to apologize to the public.