The domain of the Sun’s influence is called the heliosphere: The Voyagers are approaching the edge of this enormous balloon of charged particles thrown out into space by our star

Humankind’s most distant emissaries are flying through a turbulent sea of magnetism as they seek to break free of our Solar System.

Nasa’s Voyager probes, which were launched in 1977, are now approaching the very edge of our Sun’s influence, more than 14 billion km from Earth; and they are still returning data.

That information has allowed scientists to build a better picture of what conditions are like in the zone where matter blown out from our star pushes up against interstellar space.

Computer modelling based on the Voyager insights suggests the edge of our Solar System is a froth of activity, like “an agitated jacuzzi”, said Eugene Parker from the University of Chicago, US.

Magnetic field lines carried in the “wind” of material coming off our star are breaking and reconnecting.

This process is sculpting the wind into discrete bubbles that are many tens of millions of kilometres wide.

Researchers say this assessment has implications for our understanding of cosmic rays – the storm of high-energy particles that are accelerated in Earth’s direction by exploded stars, black holes and other exotic locations in the galaxy.

It is highly likely the mass of individual magnetic structures actually makes the Solar System more porous to cosmic rays. 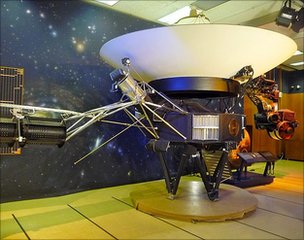 It takes 16 hours to get a message to Voyager 1. Read David Shukman’s report from the Voyager control room at Nasa’s Jet Propulsion Lab

The observation is of interest not just to physicists but also to astronauts, who must protect themselves from the damaging health effects of cosmic rays, and to spacecraft engineers who have to “harden” the electronic circuitry in satellites against the impacts from high-energy particles.

The modelling results will make no difference to their predicament; but it does say something about why the cosmic ray issue takes on such importance.

Researchers confess to being surprised; they thought the outskirts of our solar neighbourhood would be more sedate – that the Sun’s field lines would simply turn around and reconnect with the Sun.

“The findings are significant as we will have to change our view on how the Sun interacts with particles, fields and gases from other stars, and this has consequences that reach down to Earth,” commented Arik Posner, Nasa’s Voyager programme scientist.

It is a demonstration once again of the extraordinary capabilities of the Voyagers, which continue to excite and intrigue more than three decades on from their launch.

The Nasa probes’ initial goal was to survey the outer planets Jupiter, Saturn, Uranus and Neptune, a task completed in 1989.

They were then despatched towards deep space, in the general direction of the centre of our Milky Way Galaxy. 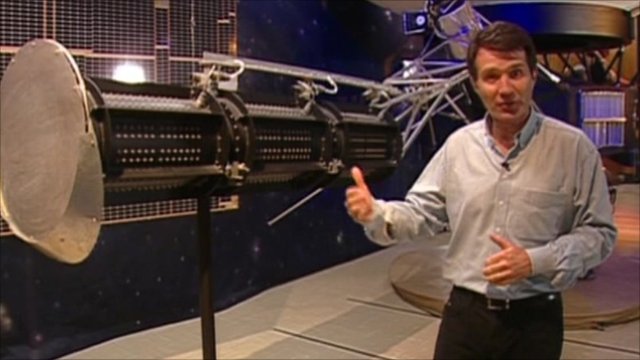 Sustained by their radioactive power packs, the probes’ instruments continue to function well and return data to Earth, although the vast distance between them and controllers in California means a radio message now has a travel time of about 16 hours (in the case of Voyager 1).

The primary task of the spacecraft currently is to define our Sun’s limits – to map the extent of its heliosphere, as scientists call it.

Our star blows out huge volumes of excited particles. This wind, laced with a magnetic field, travels out at high speed until it crashes into the interstellar magnetic field, at which point the Sun’s outpouring abruptly slows and begins to move sideways.

It is at this boundary – the heliopause – where the Voyagers find themselves today, and where the Sun’s magnetic field lines are snapping and reconnecting to produce the structures reported by scientists.

No-one is quite sure where our Solar System ends and interstellar space begins, but the expectation is that the probes will break through soon – perhaps in the next three or four years.