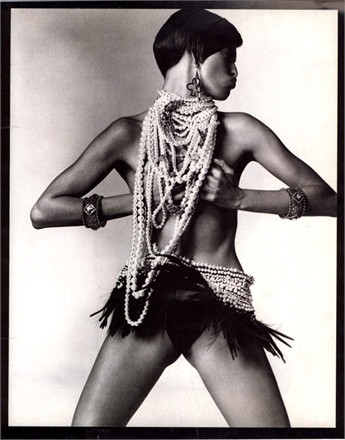 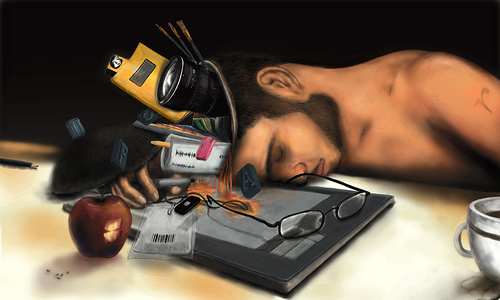 The people who go out drinking in Soho never look up. If they did they would notice the red lights beaming from the first floors of bars and TV production houses, restaurants and clubs. They confer a rose-tinted glow on the darkest corners of Britain’s sex trade, welcoming in punters with the hastily penned felt-tipped signs: “Busty, young Polish girl”, “Leggy blonde just into the UK”.

The second sign is posted on my street. “Just into the UK”, my heart sinks when I read it because it almost certainly means there are trafficked girls working as prostitutes in Soho right now. And like the police, I don’t ask questions. So I moved in two years ago and the signs are still up, the girls are still on the street, and everyone still looks down.

I don’t blame them. Soho is electrifying – a Mecca for drinkers and party-goers drawn by its chic laissez-faire attitudes. It is, of course, absurd to move in and complain about the moral tone. But this is a question of degrees. In the Queen’s Speech on Wednesday, the Government laid out new regulations to regulate lap-dancing clubs, forcing them to apply for “sexual encounter” licences.

For sure, the aspiration to free women from sexual slavery is noble but even the most optimistic observer might conclude that these strategies will fail. It took Peter Stringfellow precisely half-an-hour to demolish the “sexual encounter” proposals at a meeting of the Commons culture committee, pointing out that councils already have the power to prosecute clubs for putting on nude shows which they choose not to deploy.

The Home Secretary Jacqui Smith has also proposed that men should pay a £1,000 fine if they use a prostitute who has been trafficked, groomed, or controlled by a pimp. How this will work I do not know. Exploitation is even less likely to self-regulate than the banking sector. So what is the Government doing? This, like much of the Queen’s Speech is message politics. Ms Smith waxes that “there will be no more excuses” (this time for men who pay for sex) and tries to set a moral tone using the only lever available to her, the law – but it’s a blunt tool for the purpose. Her mistaken response stems from two misconceptions. First, that the sexualisation of society can be regulated. And second, that the law alone can change people’s sexual behaviour. In both cases, the history of Soho suggests otherwise.

From the late 18th century, Soho has been the beating heart of London vice. Today, it is virtually respectable – a fact best illustrated by the semi-nude models who appeared in the windows of the lingerie store, Agent Provocateur, last week. Fifty years ago the shop could have been shut down.

And Soho’s slide towards respectability mirrors society’s tastes. In the past 50 years we have become increasingly sexualised, no longer prepared for our behaviour to be moderated by middle-class moral outrage. But this freedom, for all the positive effects, has a price: and the number of men who are paying it – for sex – has exploded. Nearly 10 per cent use them. Men my age, in their twenties and thirties, increasingly unsure about what is acceptable sexual behaviour, increasingly confused about their role in an age of equality, use them most.

The law, which deals with individuals one at a time, cannot regulate this culture. It cannot stop suburban prostitution. To do so, as the Peterborough force which arrested 43 people connected with the sex trade recently demonstrated, requires enforcement.

Ignore, briefly, the fact that the last person to try to enforce “moral standards” in Soho was Shirley Porter. She successfully tackled vice by marking the issue as a police priority, lobbying the then Home Secretary Willie Whitelaw, and forcing the owners of premises selling sex to subscribe to detailed licences. When the gangsters inevitably failed to uphold their obligations, Porter threw them out. Between 1982 and 1983, the policy worked, securing Dame Shirley the braying support of her Tory colleagues on Westminster Council. But, as her political ambitions grew, she ignored the issue and the worst of Soho crept back.

The Home Secretary can learn from this. Rather than telling us how to live, she could provide an enforcement framework that through persistence would ameliorate the worst exploitation.

The Women’s Institute understands this, which is why it has launched a campaign to name and shame newspapers who advertise sex. Their work will almost certainly achieve more than Ms Smith’s proposals.

It seems the jam-makers know better than the law-makers.