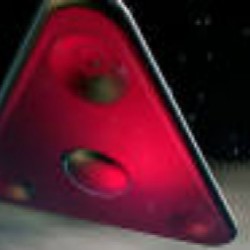 A secret memo released online by the Federal Bureau of Investigations (FBI) in its ‘Vault’ has emerged as proof for the famed landing — or crash or capture — of a flying saucer with three dead aliens in Roswell in New Mexico in June 1947.

The memo, titled ‘Flying Saucers’, was written by FBI agent Guy Hottel. The decades-old memo, which was published by the FBI in its ‘Vault,’ says “three so-called flying saucers had been recovered in New Mexico‘, citing an Air Force investigator.

The memo also says the investigator passed on the information to a special agent. Hottel says this about the flying saucer: “They were described as being circular in shape with raised centers, approximately 50 feet in diameter.” “Each one was occupied by three bodies of human shape but only 3 feet tall.”

Newspapers were awash with news of the alien sighting, and headlines said a flying saucer has been captured with three dead aliens. Subsequently, photographs of three aliens, who were much like human beings in shape but shorter in frame, emerged along with reports that the dead foreigners’ bodies had been autopsied.

The newly emerged Hottel memo also describes the alien bodies found in the flying disc. It says the bodies were “dressed in a metallic cloth of a very fine texture. Each body was bandaged in a manner similar to the blackout suits used by speed flyers and test pilots.”

Initially the military released a statement saying the rumors concerning alien sightings in New Mexico has turned out real with the crash of the flying disc.

“The many rumours regarding the flying disc became a reality yesterday when the intelligence officer of the 509th Bomb Group of the Eighth Air Force, Roswell Army Air Field, was fortunate enough to gain possession of a disc,” the military statement said.

Rumors flew thick and fast that the U.S. military had captured aliens who frequently visited the area, fuelling fears of aliens and theories about alien invasion.

But the military immediately backtracked, saying what it had reported as a flying disc with aliens just hours earlier was indeed a weather balloon that crashed in the area. Although the issue died down immediately, theories of a government cover-up of the alien landing resurfaced strongly in the 1970s. Many people believed that the U.S. government covered up the alien issue in order to prevent public panic and since it did not have clear clues as to how to deal with this new, strange problem.

Emboldening the conspiracy theory of the government cover-up, the Hottel memo says there were no further investigations into the incident though the air force investigator passed on the information to a secret agent.

Hottel’s explanation that possibly the flying saucer was brought down, or crash-landed, also gives credence to some of the conspiracy theories. He states that, according the informant, the “very high-powered radar set-up in that area” set up by the government may have interfered with the “controlling mechanism of the saucers.”

The Roswell incident was forgotten by contemporary people but it resurfaced strongly in the 1970s when serious UFO researchers scanned the issue once again.

Here’s some history from Wikipedia: “…in 1978, physicist and ufologist Stanton T. Friedman interviewed Major Jesse Marcel who was involved with the original recovery of the debris in 1947. Marcel expressed his belief that the military had covered up the recovery of an alien spacecraft. His story spread through UFO circles, being featured in some UFO documentaries at the time.”

Again, in February 1980, The National Enquirer ran its own interview with Marcel, garnering national and worldwide attention for the Roswell incident.

The release of secret documents from FBI’s records will certainly enliven the UFO debate once again. While releasing the document the FBI has said the contents of the memos may not reflect the agency’s current beliefs and positions.

Majority of the viewers of the “Roswell Alien Autopsy” videos on YouTube do not accept them as true. Neither do they find the alien incident stated in the 1947 FBI memo authentic. Fake or real, these films from way back continue to gain hits and widespread discussions and debates on outer space creatures.

Watch one of the videos of the Roswell Alien Autopsy.

Must Read Yourself Then Decide Whats Propaganda,   BTW Russia has acknowledged Alien Life for Decades Now