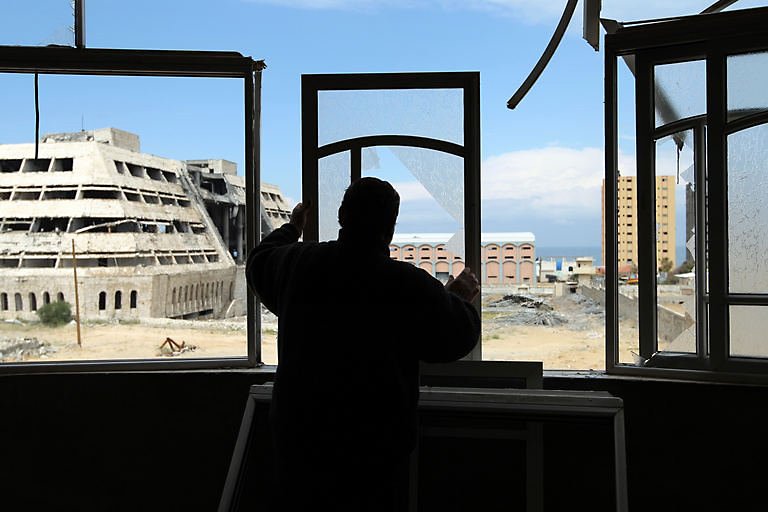 Palestinian Territories — Palestinian factions met in the Gaza Strip on Saturday to discuss renewing a de facto truce with Israel after a week of bloody clashes, militants attending the talks said.

Prime Minister Benjamin Netanyahu had said on Friday that Israel was ready to act with “great force” in response to the week’s rocket and mortar attacks, which led to retaliatory Israeli strikes that killed eight Palestinians.

One Palestinian faction member said the Gaza meeting would probably “stress again a commitment to a field truce at the moment the Israeli occupation commits to it.”

A source close to the meeting said “the issue of returning stability and calm to Gaza after a series of Israeli aggressions will be discussed.”

Hamas had pledged on Wednesday “to restore calm” in the coastal enclave.

“We confirm that our stance in the government is set on protecting the stability,” Hamas spokesman Taher al-Nunu said in a statement.

“We will work to restore the field conditions that were prevalent over the last few weeks.”

He was referring to a de facto truce that was broken on March 16, when an Israeli air strike killed two Hamas militants in Gaza.

And Ismail Haniya, the Hamas premier in the enclave, said he had been making contacts with other factions “with a view to Gaza avoiding new confrontations with the Israeli occupation.”

He said he had spoken with Ramadan Shallah, the Damascus-based chief of Islamic Jihad, which has claimed responsibility for many of the hundreds of projectiles fired on Israel in the past week.

Netanyahu said Israel had been “subjected to bouts of terror and rocket attacks” and that “we stand ready to act with great force and great determination to put a stop to it.”

“Any civilised society will not tolerate such wanton attacks on its civilians,” he said.

Just before the Gaza meeting started, the Israeli army said, a rocket was fired from Gaza on the Israel town of Sderot, causing no casualties or damage. 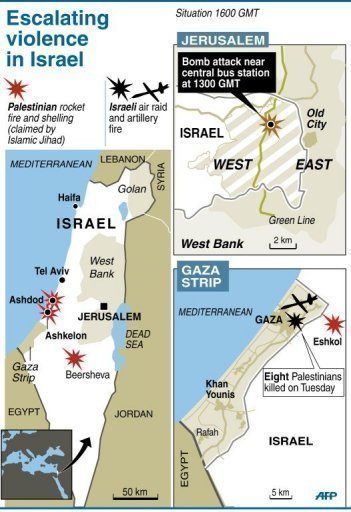 “There is currently anarchy on the other side side,” the Ynet website quoted him as saying. “Hamas is finding it difficult to turn the clock back.”

And he indicated that if the rocket attacks stopped, Israel would also halt its strikes into Gaza.

“We don’t intend to let the terror organisations again disturb the order but we will do all we need to to return the (military) activity to the border line itself,” Barak said.

In other developments, Palestinian president Mahmud Abbas held positive talks in the West Bank city of Ramallah with Hamas officials to discuss efforts to reconcile his Fatah party with Hamas, sources on both sides said.

Last week, Abbas responded favourably to a Hamas invitation to engage in talks that would end the split and lead to the formation of an interim government.

Hamas and Fatah have been at loggerheads since the early 1990s. Tensions boiled over in 2007, when the enmity erupted into bloodshed that saw the Islamists kick their secular rivals out of Gaza.

Since then, Gaza has been effectively cut off from the West Bank, which is under the control of Fatah, and repeated attempts at reconciliation between the groups have led nowhere.

The disunity of the Palestinians has prevented them from taking a common stance in peace talks with Israel, which are now off the table.

In a visit to Israel this week, US Defence Secretary Robert Gates said Washington firmly backed Israel’s right to respond both to the rocket fire and the Jerusalem bombing, which he described as “repugnant acts.”

But he suggested Israel should tread carefully or risk derailing the course of popular unrest sweeping Arab and Muslim countries in the Middle East.

Israel’s leaders have appeared reluctant to be dragged into another bloody war with Hamas, especially as they lack international support for any new offensive on Gaza.