“In the midst of a raging war, a plane evacuating a group of schoolboys from Britain is shot down over a deserted tropical island. Two of the boys, Ralph and Piggy, discover a conch shell on the beach, and Piggy realizes it could be used as a horn to summon the other boys. Once assembled, the boys set about electing a leader and devising a way to be rescued. They choose Ralph as their leader, and Ralph appoints another boy, Jack, to be in charge of the boys who will hunt food for the entire group. ”       LORD OF THE FLIES 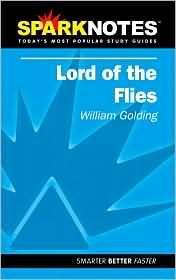 “I am a glory that will not be abandoned by Libya, the Arabs, the United States, and Latin America… revolution, revolution, let the attack begin,” said the self-described king of African kings, Dean of Arab leaders and imam of all Muslims, Colonel Muammar Qadhafi. The statement summarises the Libyan regime’s extremely repressive response to the popular uprising against Qadhafi’s 42-year dictatorship.

But Qadhafi’s tactics have boxed him in. Should he be defeated, finding refuge abroad, as Tunisia’s former president Zine Al Abidine Ben Ali did, will be difficult. And internal exile, such as that currently afforded Hosni Mubarak, will be impossible.

Although the regime’s capacity to commit large-scale massacres has shrunk, Qadhafi’s defeat will come at a high cost in terms of human life. In an extreme scenario, the regime could use chemical weapons, as Saddam Hussein did against the Kurds of Halabja in 1988, or it could launch an intensive aerial bombardment campaign, as Syria’s Hafez Assad’s did in Hama in 1982.

At that point, international intervention would be more likely than ever. One and a half million Egyptians and many other foreign nationals, including British citizens, are in Libya and now are in an extremely vulnerable position. In his first speech during the crisis, Saif Al Islam Qadhafi, the colonel’s supposedly “moderate” son, alleged an international conspiracy against the regime, involving Egyptians, Tunisians and other foreign agents. The response of father and son has been to incite violence against foreigners.

Another possible scenario is a move by the army, or a significant part of it, against Qadhafi and his sons. The problem is that the Libyan army has not been able to act cohesively since the protests began, in contrast to the Egyptian and Tunisian armed forces. Senior and junior army officers have defected, often with their troops, to the regime’s opponents. Two air force pilots diverted to Malta, followed by a navy warship – all in defiance of Qadhafi’s orders to bomb the eastern city of Benghazi.

But, at least so far, there have been no splits reported among the revolutionary committees, Qadhafi’s diehard loyalists, who are estimated to total around 20,000 fighters. The same is true of Brigade 32, which is headed by another of Qadhafi’s seven sons, Khamis Qadhafi. This brigade is in charge of protecting the Bab Al Aziziya area in Tripoli, where the colonel lives in his ersatz Bedouin tent.

Libyan military intelligence, headed by Abdullah Al Sonosi, the Internal Security Forces, led by Al Tuhami Khaled, and the Jamahiriya Security Apparatus also remain intact, with no reported splits. True, the deep, ingrained rivalry and mistrust among Libya’s military security apparatuses is likely to give rise to splits that will be a key factor in undermining the regime. But, overall, the Libyan army’s tribal nature and allegiances prevent it from functioning as a single unit, either in backing Qadhafi, or in joining the revolt against him.

Tribal allegiances will play a pivotal role if Qadhafi is defeated in the coming days. Historical rivalries, vendettas and weapons are widespread among Libya’s tribesmen, which suggest that tribal warfare in the post-Qadhafi era is likely.

Yet signs from Libya’s east, now a “Qadhafi-free” zone, indicate otherwise. Of course, intertribal rivalries are strong in eastern Libya.

But the level of organisation and coordination among those leading the rebellion has been quite impressive. Security, medical, and other committees were rapidly established, just as similar rudimentary institutions of order were created in Egypt by rebellious protesters a few weeks ago.

Moreover, when Ahmed Qaddaf Al Dam and Said Rashwan, two leading figures in the regime, visited Egypt and attempted to recruit tribes with Libyan branches to attack the Qadhafi-free east from Egypt’s western desert, they came away with nothing. Awlad Ali and the other tribes refused the generous bribes offered to them.

Libyan civil society is not as developed as its Egyptian and Tunisian counterparts, which further suggests that Qadhafi’s downfall could result in tribal warfare. But the lessons of Iraq’s bloody post-Saddam civil war were learned across the Arab world, and the dedication and maturity of Tunisian and Egyptian youth has become a model for other Arabs seeking freedom and dignity. Libya’s people may be more politically mature and sophisticated than many observers believe.

The international community has a fundamental legal duty towards Libya. The names of those who head the forces responsible for the killings that have occurred are well-known. If generals and colonels like Abdullah Al Sonosi, Abdullah Mansour and Al Tuhami Khaled, as well as Qadhafi and his sons, were placed on international watch lists, or if arrest warrants were issued against them, many of their subordinates would think twice before ordering their soldiers to shoot or bombard.

The West has known about crimes against humanity and terrorist plots committed by Qadhafi’s regime for decades, most notably the June 1996 Abu Selim massacre, in which more than 1,200 political prisoners were gunned down after protesting against prison conditions. Yet there was no international inquiry, mainly because oil interests trumped moral outrage.

The West owes it to Libyans to protect them from another massacre. So far, the Obama administration and European leaders have said all the right words. But words are not enough; it is time for concrete action.

The writer is a lecturer in Middle East politics and director of the Middle East Graduate Studies Programme at the Institute of Arab and Islamic Studies, University of Exeter (UK). He is the author of “The De-Radicalisation of Jihadists: Transforming Armed Islamist Movements”. ©Project Syndicate, 2011. www.project-syndicate.org