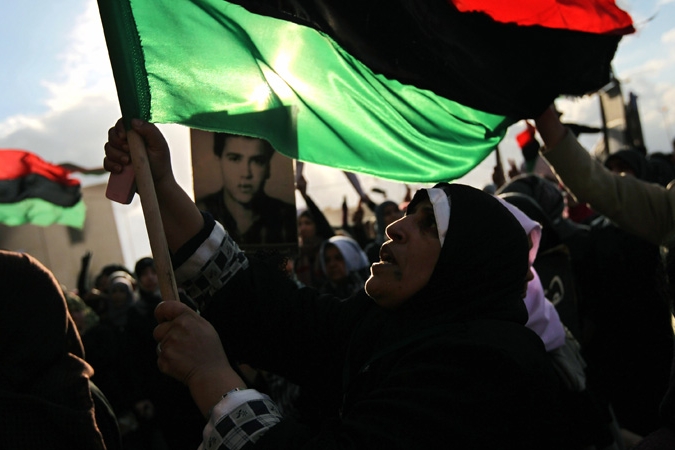 Forces loyal to Libyan dictator Muammar Gaddafi have heavily bombarded pro-democracy protesters, who are zeroing in on the capital, Tripoli.

The bombardment was reported in Zawiyah, a city located some 50 kilometers west of Tripoli.

Two thousand people have been reported killed in the weeks-long violence.

The embattled regime has recently used aerial attacks and poison gas against the peaceful protesters.

The residents of some neighborhoods in the capital have barricaded their streets and are openly showing defiance.

The anti-government demonstrations continue across Libya as more cities fall into protester control.

Protesters have already seized control of several cities including Libya’s second largest city, Benghazi. They are calling for an end to the long-time rule of Colonel Gaddafi.

Gaddafi has recently announced plans to arm his supporters to fight his opponents.

The UN Security Council has imposed sanctions on the Libyan regime and has referred Gaddafi to the International Criminal Court.