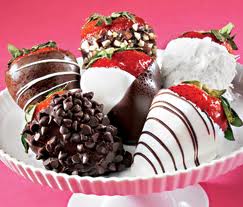 Chocolate may boost the body’s production of high-density lipoprotein cholesterol (HDL) — the “good” form of cholesterol that protects against heart disease, according to a new study released by the American Chemical Society (ACS) on Monday.

Chocolate contains polyphenols which can rev up the activity of certain proteins, including proteins that attach to the genetic material DNA in ways that boost HDL levels, the ACS said.

The findings appear in the Journal of Agricultural and Food Chemistry, published by the ACS.

Credit for those heart-healthy effects goes to a cadre of antioxidant compounds in cocoa called polyphenols, which are particularly abundant in dark chocolate. Until now, however, nobody knew exactly how the polyphenols in cocoa orchestrated those beneficial effects, according to the study.

It turns out that cocoa polyphenols increased ApoA1 levels and decreased ApoB levels in both the liver and intestine. Further, the scientists discovered that the polyphenols seem to work by enhancing the activity of so-called sterol regulatory element binding proteins (SREBPs), the study said.

Scientists also found that polyphenols appear to increase the activity of LDL receptors, proteins that help lower “bad” cholesterol levels, according to the study.

The new findings conformed with previous studies which showed that cocoa, the main ingredient in chocolate, appears to reduce the risk of heart disease by boosting levels of HDL and decreasing levels of low-density lipoprotein (LDL), or “bad” cholesterol.