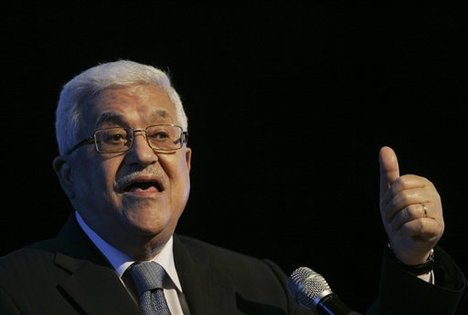 The leaked “Palestine papers” which are being serially released by Al Jazeera television and Guardian newspaper have unleashed a war of words in the Arab world.

The papers allege that during negotiations held in 2008, Palestinian negotiators had agreed to give up most of East Jerusalem, significantly diluted the demand for the return of war-displaced Palestinian refugees, and offered major concessions to the Israelis on the status of the Jerusalem Old city.

Ahmed Qurei, former P.A. Prime Minister and chief negotiator at the peace talks in 2008, told Associated Press that “many parts of the documents were fabricated, as part of the incitement against the P.A. and the Palestinian leadership.” Chief negotiator Saeb Erekat dismissed the reports as “lies and half truths”.

But the sharpest attack on Al Jazeera came from Yasser Abed Rabbo, a PLO executive committee member. At a press conference in Ramallah, Mr. Abed Rabbo accused Qatar’s Emir, Sheikh Hamad bin Khalifa al-Thani, of launching a political campaign through the release of the documents. “We thank the Emir of Qatar for giving Al-Jazeera the green light to start this campaign, because it can’t be the responsibility of [Al-Jazeera director general] Wadah Khanfar alone.”

He challenged the Qatari royal to extend the climate of transparency to his own country and unveil his true relations with Iran and Israel.

The Palestinian official charged Al-Jazeera of falsifying the documents, changing the text and adding pictures of people who were not involved with talks, the Palestinian Maan News Agency reported. He added that Al-Jazeera had failed to buy WikiLeaks and was now trying to imitate the whistle-blowing site. Mr. Abed Rabbo said the release of the papers coincided with the Israeli government’s campaign against President Abbas.

But in Gaza, the Hamas welcomed the release of the documents as, in its view, they revealed the P.A.’s “ugly face” and “level of its cooperation with the occupation.”

Senior Hamas leader Ahmad Bahar said the leaks were “a scandal for the P.A. and “a national disaster by all measures”. He stressed that the authenticity of the documents was not in doubt. According to the Guardian, the forthcoming revelations would show “the unyielding confidence of Israeli negotiators”. The daily said many of the documents had been “independently authenticated by the Guardian and corroborated by former participants in the talks and intelligence and diplomatic sources”.