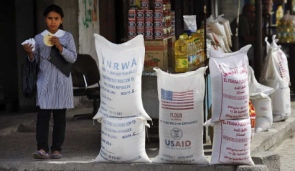 Israel told U.S. officials in 2008 it would keep Gaza’s economy “on the brink of collapse” while avoiding a humanitarian crisis, according to U.S. diplomatic cables published by a Norwegian daily on Wednesday.

Three cables cited by the Aftenposten newspaper, which has said it has all 250,000 U.S. cables leaked to WikiLeaks, showed that Israel kept the U.S. Embassy in Tel Aviv briefed on its internationally criticized blockade of the Gaza Strip.

The territory, home to 1.3 million Palestinians, is run by the Islamist Hamas group, which is shunned by the West over its refusal to recognize Israel, renounce violence or accept existing interim Israeli-Palestinian peace deals.

“As part of their overall embargo plan against Gaza, Israeli officials have confirmed to (U.S. embassy economic officers) on multiple occasions that they intend to keep the Gazan economy on the brink of collapse without quite pushing it over the edge,” one of the cables read.

Israel wanted the coastal territory’s economy “functioning at the lowest level possible consistent with avoiding a humanitarian crisis”, according to the Nov. 3, 2008 cable.

In a speech in January 2008, then-Prime Minister Ehud Olmert appeared to spell out that policy, which has since been eased in the wake of an international outcry over a deadly Israeli raid last May on a Turkish aid ship trying to break the blockade.

“We will not harm the supply of food for children, medicine for those who need it and fuel for institutions that save lives,” Olmert said at the time.

“But there is no justification for demanding we allow residents of Gaza to live normal lives while shells and rockets are fired from their streets and courtyards (at southern Israel),” he added.

Israel says it has significantly relaxed the blockade since May, with dozens of truckloads of goods entering the territory daily. Aid organizations have said shipments should be increased further.

Palestinians say impoverished Gaza remains effectively a “prison” sealed off by Israel, and have called for an opening to allow normal trade and other links with the world.

1 thought on “WikiLeaks: Israeli tactics in Gaza “Starve the Palestinians””