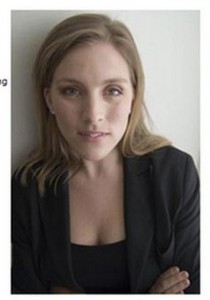 The First Swedish woman involved in the Julian Assange rape investigation may have stopped cooperating with the prosecution — and moved to the West Bank.

According to Australian site Crikey, Anna Ardin, identified back in August by a Swedish paper as one of Assange’s accusers, “may have ceased actively co-operating with the Swedish prosecution service and her own lawyer.” She’s also apparently moved to the town of Yanoun in the West Bank — her blog says she’s there as part of the Ecumenical Accompaniment Programme in Palestine and Israel, a Christian-backed group whose goal is “to help dampen the violence and promote respect for international law.” And she’s restarted her Twitter, where she recently tweeted, “CIA agent, rabid feminist / Muslim lover, a Christian fundamentalist, frigid & fatally in love with a man, can you be all that at the same time …”

Ardin (who also goes by Anna Bernardin) may be tired of the media speculation surrounding her and the case (Crikey assumes the above tweet is a reference to all the names she’s been called), but both continue to swirl. A Reuters report by Mark Hosenball (who draws in part from the Daily Mail), makes the whole case sound like risky sex gotten out of hand. Hosenball’s version: Ardin had sex with Assange, and at some point the condom broke; then Assange had sex with a second woman (“Miss W”) and “under circumstances which remain deeply murky” he failed to use a condom; Miss W got worried about STDs; Assange was unwilling or unable to get tested promptly; Miss W and Ardin went to the police, even though they didn’t actually want Assange prosecuted; then the women hired a top lawyer and things got way more serious. Hosenball doesn’t mention withdrawal of consent in his account, and his description would seem to lend ammo to the “she-just-had-sex-and-regretted-it” camp. But the charges against Assange tell a different story. According to the Guardian’s account of his extradition bail hearing, they are:

1. Forcibly holding Ardin down while having sex with her.

2. Having sex with Ardin without a condom, despite her “express wish” that they use one. This may refer to the broken condom.

3. “Deliberate molestation” of Ardin four days after their first encounter. Crikey says this charge refers to Assange allegedly “pressing his erect penis into the complainant’s back.”

4. “Improperly exploiting” the fact that “Miss W” was asleep to have condomless sex with her.

We should reiterate that Assange hasn’t been convicted of any of these charges. Crikey doubts that he will be, and Ardin’s non-cooperation probably won’t help matters. But in a case as confusing and hotly argued as this one, it’s good to know at least what the accusations are — and that they go far beyond not getting STD-tested in a timely fashion.