As U.S. officials struggle to control damage from the secret cables, Russia is planning to block a similar dump about the Kremlin.

And Putin will be ruthless. 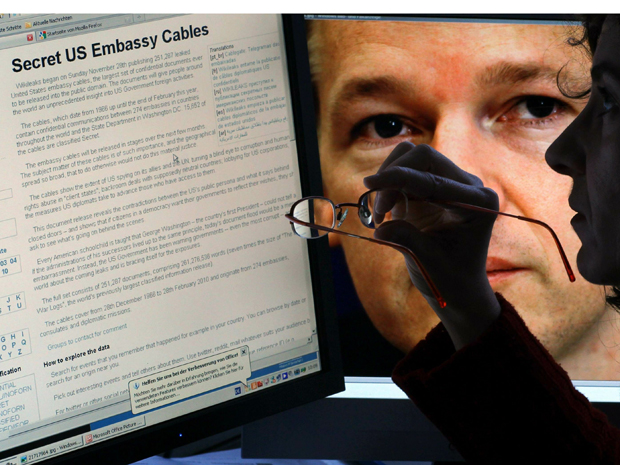 American intelligence and law-enforcement agencies, outraged by their inability to stop WikiLeaks and its release this week of hundreds of thousands of sensitive U.S. diplomatic cables, are convinced that the whistleblowing website is about to come up against an adversary that will stop at nothing to shut it down: the Russian government.

National-security officials say that the National Security Agency, the U.S. government’s eavesdropping agency, has already picked up tell-tale electronic evidence that WikiLeaks is under close surveillance by the Russian FSB, that country’s domestic spy network, out of fear in Moscow that WikiLeaks is prepared to release damaging personal information about Kremlin leaders.

“We may not have been able to stop WikiLeaks so far, and it’s been frustrating,“The Russians play by different rules.” If WikiLeaks and its founder, Julian Assange, follow through on threats to post highly embarrassing information about the Russian government and what is assumed to be massive corruption among its leaders, “the Russians will be ruthless in stopping WikiLeaks.”

A U.S. military official said the U.S. assumed that WikiLeaks had access to sources who could supply the site with detailed, damaging information about Russian leaders; those sources would likely include wealthy Russian expatriates who have had the resources over the years to conduct far-ranging private investigations of graft among Kremlin leaders, including their movement of assets outside Russia.

“I doubt that they would consider assassination against Westerners who are involved in WikiLeaks, but as for informants in Russia, they would be in very serious danger,” he said.

The London-based Russian billionaire and newspaper magnate Alexander Lebedev suggested that a government raid on the Moscow headquarters of his National Reserve Bank this month may have been a response to recent contacts between his Moscow newspaper, Novaya Gazeta, and WikiLeaks. 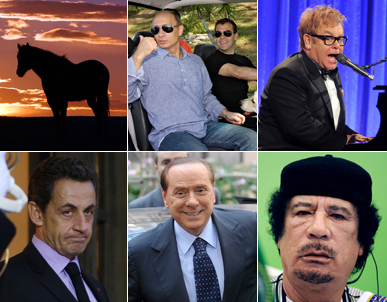 Lebedev, who is outspoken in his criticism of government corruption in his homeland—which he has described as comparable to the “evils of apartheid” in South Africa—has acknowledged that one of his reporters recently traveled to Sweden to meet with Assange.

The trove of State Department documents made public this week by WikiLeaks includes several cables in which U.S. diplomats are critical of Russian leaders, describing President Dmitry Medvedev as “pale and hesitant,” serving as “Robin” to Russian Prime Minister Vladimir Putin’s “Batman.” In another, U.S. Defense Secretary Robert Gates is quoted as saying that “Russian democracy has disappeared and the government is an oligarchy run by the security services.”

Lieven, a former journalist who reported extensively in the former Soviet Union, said the State Department cables had, it appeared, created no significant embarrassment for Russian leaders or for U.S.-Russian relations. “So far, what’s come out has not surprised or shocked anybody,” he said.

The alarm in Moscow, he said, would be over what comes next, especially if WikiLeaks has obtained bank records or other detailed evidence of corruption among Russian leaders—the sort of information that WikiLeaks and its supporters have said that the site is eager to obtain and publish.

The Russian government has so far dismissed the threat posed by WikiLeaks. Foreign Minister Sergei Lavrov told reporters this week that he was perplexed by the amount of interest shown in Assange—a “petty thief running around on the Internet.”

Russian intelligence agencies have suggested, none too subtly, that WikiLeaks could be destroyed through cyberwarfare methods if the whistleblowing site did begin to create trouble in Moscow. Last month, the Russian news agency Life News quoted an official from the FSB’s Center for Information Security as saying that the government would be capable of organizing “the right team” to target WikiLeaks and “shut it down forever.”

Not everyone is angry at WikiLeaks’ Julian Assange for the site’s latest release of secret government documents. Ecuador is concerned about some of the U.S. activities depicted in the leaked diplomatic cables, and wants to offer Assange residency and a public forum, says Ecuador’s deputy foreign minister said. The invitation comes at a good time for Assange, who may face espionage charges in the U.S. Also, Assange’s residency application to Sweden was turned down this year and his home country, Australia, says it’s investigating whether he broke any laws there. WikiLeaks claims to have more than 1,600 cables from the U.S. embassy in Quito, Ecuador, that it has yet to release.