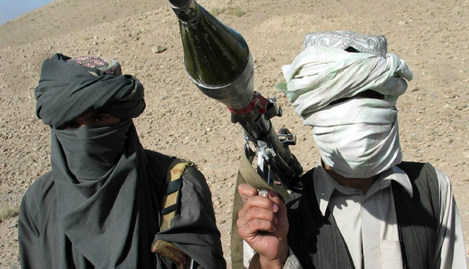 
(not the best video footage, but you see the uglyness of war)

Several similar, undated videos have appeared recently on the internet, such as here and here.
Following the release of these films, the US announced that it would cut economic aid to the different Pakistani military units on the basis that they have committed grave human rights abuses on a routine basis in their Swat Valley operations.

Furthermore, Human Rights Watch has submitted to the American Department of State proof of 200 extrajudicial executions of people suspected of being Taliban allies, by the Pakistani army. The Pakistani offensive against the insurrection was launched on the 26 April 2009 in three neighbouring districts controlled by the Taliban: Lower Dir, Buner and Swat. Several million people have been displaced due to these military operations. On the 30 May 2009, the army announced that they had killed 1,217 Taliban, reportedly doing so to minimise the number of civilian casualties.
Contributors

“That is how things are done today in these lawless zones”

You have to put these images in context. In Pakistan, the judicial system is very weak and terrorism cases may take years to go to court. The culprits for Pervez Musharraf’s assassination attempt waited for two and a half years before appearing before a judge. And when the judicial system is so disastrous, or even non-existent, extrajudicial punishment becomes the norm. That is why the army prefers to deal with things themselves rather than passing through the normal legal routes, and the government turns a blind eye. The other reason, in my opinion, is that the army is afraid that the Taliban will reveal in court their links with certain army officers.
The fact is, we are at war-the army is tired of this situation and so the soldiers have adopted such questionable tactics. Of course it is not right, nobody should have the right to do such things, but the soldiers think that they no longer have the choice. Since the Taliban have come to the Valley, it has become a lawless region.

I have spoken to many people there and, quite honestly, they were happy when the offensive in the Swat Valley began: the army would restore order. Before the Taliban arrived the inhabitants lived a good life. The Swat Valley was a tourist location where people would come for their honeymoon. Many people say that the Taliban have become like the mafia who extort money and threaten their businesses.

Those over there to whom I have shown the videos have told me that the Taliban have done worse things to them than what is shown in this footage. For them, it is ‘an eye for an eye, tooth for tooth’.

I think that the upshot of this scandal is that the soldiers are going to ensure that no-one films their summary punishments in future. But the violence will probably continue, that is how it works in lawless zones today. When you talk to the soldiers, they respond ‘it’s war’. One general said that it is his responsibility to end the war by any means possible.”