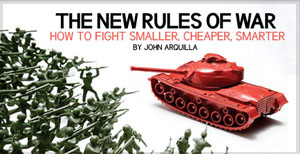 Seven years ago, Pakistan’s intelligence agency Inter Services Intelligence (ISI) had started a secret mission “Karachi Project” to bleed India white through serial urban terrorism strikes with the help of Lashkar e Toiba (LeT) and Harkat ul Jihad e Islami (HUJI). The existence of Karachi Project may not have come to light ever but for the arrest of the Pakistan-born American David Coleman Headley by the Federal Bureau of Investigation (FBI) in December 2009. His interrogation at the hands of the FBI blew the lid off Karachi Project that is widely believed to be responsible for killings of over 500 Indians in ten bomb blasts since 2005.

Today the tables seem to have turned. The predator has become the prey. Now Pakistan is rapidly falling into the snake pit that it had been digging for India. Ironically, now it is Karachi itself that is being devoured by the demons of terrorism, fundamentalism and sectarian violence. Instead of Kashmir, Pakistan should worry, and worry deeply, about the fratricidal war which is being waged in different parts of the country, particularly in Karachi. Pakistan’s continuing denial of this `million mutinies` within its territory has left the region in the throes of instability and violence.

Pakistan’s worst nightmare is unravelling in Karachi, the commercial capital, where targeted killings of Shias, Mohajirs and other minorities have become a norm. More than 430 persons have been killed in Karachi this year alone. Violence is not new to Karachi which was once the capital of Pakistan. Karachi, ever since 1947, has been a boiling pot of migrants with divergent ethnic, sectarian and linguistic affiliations. These differences have often erupted in cyclic violence, leaving the city, and the state, hostage to armed violent groups and individuals who had an incestuous relationship with violence. The state was the instigator and conspirator in the violence.

First it was the Mohajirs. Mohajirs were Urdu-speaking migrants from India who came to Karachi and began muscling out the original inhabitants, Sindhis, from business and other sectors. So when the Sindhi Prime Minister, Zulfiqar Ali Bhutto, decided in 1972 to make Sindhi language compulsory in schools and colleges, the Mohajirs rose up in arms and took to the streets, with Jamat-e-Islami (JI), to protest against the imposition of Sindhi language. Five years later, JI launched a political movement against the Bhutto government from Karachi and many of the leaders of the protest later became founding members of the Mohajir party, Mohajir Quami Movement (MQM).

The first wave of violence took place in 1985 when Mohajirs fought a pitched battle with migrant Pashtuns who had the battlefields of Afghanistan in 1979. A Mohajir girl’s death in an accident caused by a truck driven by a Pashtun triggered massive riots across the city and was considered one of the fallouts of the US-backed `jihad` in Afghanistan. The riots strengthened the MQM position in the city and consolidated their hold over the Urdu speaking population.

The emergence of anti-Shia, radical Sunni groups like Sipah-e-Sahaba and Lashkar-e-Jhangvi (LJ) in Punjab and Sindh, saw the emergence of a new group of radical militant Sunnis who challenged the growing clout of the Mohajirs in Karachi. The Mohajirs ran the crime and drug industry in Pakistan, particularly in Karachi. The Sunni extremists dug their heels into this lucrative market and began taking a pie out of the real estate and carjacking business from the Mohajirs, creating another level of war in Karachi—the Sunnis vs Shias.

Though MQM and Pakistan People’s Party (PPP) worked together briefly in Karachi, the struggle for supremacy pitted them against each other, creating a contour of bloodshed in the city. MQM created two armed militant wings, Black Tigers, and Nadeem Commandos which fought with its rival parties with guns and explosives. When Nawaz Sharif became the Prime Minister, he ordered a military crackdown on Mohajirs in Karachi; his successor, Benazir Bhutto, continued the military operations. In all, the offensive against MQM lasted from 1992 to 1998 in which several hundred men and leaders were killed, imprisoned and tortured. Several leaders fled the country.

But there was no end to violence in Karachi. The end of the Afghan Jihad saw a resurgence of militant Sunni Pashtun groups in Karachi; blooded in Afghanistan, these men carved Karachi into mini fiefdoms with Pasthuns dominating the lucrative transport business. Their attempts to shake down the Mohajir monopoly of drug and crime syndicate in Karachi saw periodic bouts of killings and revenge killings. Gang wars in Karachi became a routine and exhibited clear ethnic and sectarian divides.

Today’s Karachi epitomises the state Pakistan is in. It is riven by its own follies and failings. The Frankenstein of violence Pakistan has been spawning and supporting ever since it became independent is now threatening to devour its creator. The nation created for Muslims is today witnessing a fratricidal war not only in Karachi but in different parts of the country where Pashtun Taliban and other shades of militants are fighting the Punjabi establishment—the military and civilian leadership. It is no longer a Sunni-Shia war alone; it has now expanded to become a Punjabi-Pashtun war of dominance.

(The writer is a New Delhi-based journalist-author and commentator on strategic issues, international relations and terrorism. bhootnath004@yahoo.com)

SAAG is the South Asia Analysis Group, a non-profit,  non-commercial think tank. The objective of SAAG is to advance strategic analysis and contribute to the expansion of knowledge of Indian and International security and promote public understanding. In so doing, the SAAG seeks to address the decision makers, strategic planners, academics and the media in South Asia and the world at large. The group holds the concept of strategy in its broadest meaning-including mobilization and application of all resources to understand national and international security. The aim of the group is not to compete with Governments, Academics, NGOs or other institutions dealing with strategic analysis and national security but to provide another point of view for the decision makers and other national/international think tanks.