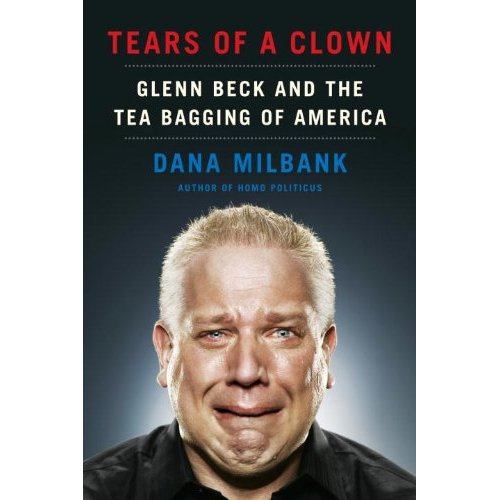 In one of his first appearances on Fox News, Glenn Beck sent a coded message to the nation’s six million Mormons — or at least those Mormons who believe in what the Latter-day Saints call “the White Horse Prophecy.”

The Constitution is hanging by a thread.

Most Americans would have heard this as just another bit of overblown commentary and thought nothing more of it. But to those familiar with the White Horse Prophecy, it was an unmistakable signal.

The phrase is often attributed to the Prophet Joseph Smith, founder of the Church of Jesus Christ of Latter-day Saints, or Mormon Church. Smith is believed to have said in 1840 that when the Constitution hangs by a thread, elders of the Mormon Church will step in — on the proverbial white horse — to save the country.

“When the Constitution of the United States hangs, as it were, upon a single thread, they will have to call for the ‘Mormon’ Elders to save it from utter destruction; and they will step forth and do it,” Brigham Young, Smith’s successor as head of the church, wrote in 1855.

Was it just a coincidence in wording, or was Beck, a 1999 Mormon convert, speaking in coded language about the need to fulfill the Mormon prophecy? A conversation on Beck’s radio show ten days earlier would seem to rule out coincidence. Beck was interviewing Senator Orrin Hatch of Utah, also a Mormon, when he said: “I heard Barack Obama talk about the Constitution and I thought, we are at the point or we are very near the point where our Constitution is hanging by a thread.”

“Well, let me tell you something,” Hatch responded. “I believe the Constitution is hanging by a thread.”

Days after Beck’s Fox show started in January 2009, he had Hatch on, and again prompted him: “I believe our Constitution hangs by a thread.”

Large numbers of Mormons watch Beck, but likely an even larger number of his viewers and radio listeners are evangelical Protestants who have no idea that Beck is preaching to them an obscure prophecy of the Latter-day Saints — a faith many conservative Christians malign as a cult. In addition to the coded allusions to the White Horse Prophecy, he often brings Mormon theology into his broadcasts (he touts the thinking of late church president Ezra Taft Benson and he frequently promotes the work Mormon conspiracy theorist Cleon Skousen) but without identifying them with the LDS church.

Before the Mormons went west, Smith traveled to Washington seeking help for his oppressed followers and received nothing but frustration. Rather than turning on the government, however, “They considered themselves the last Real Americans, the legitimate heirs of the pilgrims and Founding Fathers,” Pat Bagley wrote in the Salt Lake Tribune. “And, they believed, the very survival of the Constitution depended on the Saints. From Smith on, LDS leaders prophesied the Constitution would one day hang by a thread, only to be saved by Mormons.”

A compilation of church leaders’ statements over the years by the journal BYU Studiessaid [Smith]: ‘If the Constitution be saved at all, it will be by the elders of this Church.'” shows this strain of thinking. Though there are doubts about whether Smith actually wrote the phrase “hang by a thread,” his successors left no doubt about the theology behind it. Orson Hyde, a Smith contemporary, wrote that Smith believed that “the time would come when the Constitution and the country would be in danger of an overthrow; and

The church’s fifth leader, Charles Nibley, believed that “the day would come when there would be so much of disorder, of secret combinations taking the law into their own hands, tramping upon Constitutional rights and the liberties of the people, that the Constitution would hang as by a thread. Yes, but it will still hang, and there will be enough of good people, many who may not belong to our Church at all, people who have respect for law and for order, and for Constitutional rights, who will rally around with us and save the Constitution.”

The prophecy was renewed with each generation of church leadership. “The prophet Joseph Smith said the time will come when, through secret organizations taking the law into their own hands . . . the Constitution of the United States would be so torn and rent asunder, and life and property and peace and security would be held of so little value, that the Constitution would, as it were, hang by a thread,” church apostle Melvin Ballard said in 1928. “This Constitution will be preserved, but it will be preserved very largely in consequence of what the Lord has revealed and what this people, through listening to the Lord and being obedient, will help to bring about, to stabilize and give permanency and effect to the Constitution itself. That also is our mission.”

But there is a Beckian twist in his version of the prophecy. Unlike the church leaders’ versions, Beck’s vision carries the possibility of a bloody end. On the night of Feb. 24, 2009, Beck outlined this prospect for his viewers. People who “don’t trust the government,” he said, would “see the government as violating the Constitution, and they will see themselves as defenders of the Constitution. Not a good mix. Then they take matters into their own hands.”

It was Glenn Beck in a nutshell: White Horse Prophecy meets horsemen of the apocalypse.

*  Response by a  Reader

Beck is a hatemonger who turns people’s fear into profits. I love going to his news website, which contains not news but propaganda filled blogposts from so-called journalists with no background or education in journalism, and therefore no integrity, because whatever story I’m getting elsewhere, on the Blaze it is twisted and trumped up as another sign of either A. the impeding socialist armageddon of America or B. The reason the Tea Party is going to change everything!
And the commenters are, to put it plainly, racists, morons and loonies.

Adapted from Tears of a Clown: Glenn Beck and the Tea Bagging of America, released October 5, 2010 by Doubleday. by Dana Milbank