Victims of something much larger than ourselves, 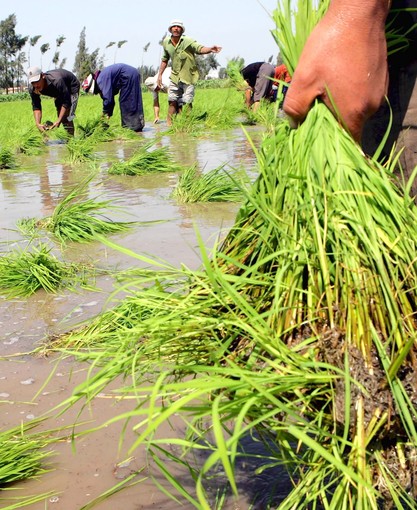 On the sloping western shores of Lake Tana in central “Ethiopia” , where villagers gape at new tractors as if they were Ferraris and power lines pass over lean-tos lighted by candles, a poor nation’s hopes hum inside a new hydroelectric plant.

Lured by the plant’s promise of powering villages and irrigating 350,000 acres of farmland, intrepid investors are venturing across misty hills and navigating sprawling savannas. The World Bank has lent the country $45 million to “unleash” the region’s growth potential, and Ethiopian leaders have promised that development along the tributaries feeding the Blue Nile will raise crops for the hungry and bring jobs to a rustic swath of Africa.

But not all stories along the Nile are hopeful ones.

Follow the great river north as it winds thousands of miles through highlands and deserts and funnels into the canals of Egypt’s Nile Delta. Since the days of the pharaohs, the land’s fate has been twinned with the Nile, and when other visions and schemes failed, the people of the delta believed that the river, which carried Moses through the reeds and Cleopatra on her lavish exploits, belonged to them.

It is in the delta, on some of the most fertile land in the world, that rice farmers have been ordered to plant fewer acres to conserve water as Ethiopia and other nations threaten to siphon away millions of gallons before the river reaches Egypt.

“We’re victims of something much larger than ourselves,” said Khaled Abubakr, a rice farmer whose income may drop by nearly half this year because of the new limits. “The government sends delegations to tell us how precious every drop of Nile water is to Egypt.”

There is a battle over the river that for millenniums has flowed through the rise and fall of civilizations.

The dispute stems from a 1929 treaty brokered by the British and a 1959 agreement between Egypt and Sudan that guaranteed Egypt the majority of the river’s water.

The treaties were political, yet they underscored Egypt’s reliance on the Nile: The river’s source countries, such as Ethiopia, have rainy seasons and other water supplies, but without the river Egypt’s farmlands shrivel into desert and die.

Under the agreements, Egypt has veto power over Nile-related development projects and is entitled to 55.5 billion cubic meters of river water a year, or about two-thirds of the Nile’s flow. But upstream nations say they should not be bound by unfair colonial-era pacts. In May, five of the 10 Nile basin countries — Ethiopia, Uganda, Tanzania, Rwanda and Kenya — signed a deal that next year would give them larger shares of water for farming, electricity and development.

Angry Egyptian officials said that their nation’s security was at stake. They have since toned down their threatening rhetoric and are seeking compromise on how to balance protecting Egypt’s share against new development. The aim of the upstream countries, however, is to draft a new legal framework to satisfy their national interests and weaken Egypt’s “historic rights” to the river.

“Egypt deals with the Nile water issue as a life-and-death matter,” said Moufid Shehab, Egypt’s minister of state for legal and parliamentary affairs. “The River Nile provides Egypt with 95% of the country’s water needs.”

The 4,160-mile-long Nile is formed by the White Nile, which originates near Lake Victoria in Uganda, and the Blue Nile, which begins at Lake Tana in Ethiopia. They converge in Sudan and flow north through the length of Egypt before spilling into the Mediterranean Sea.

The river winds through poverty and turmoil and is vital for economic growth to sustain rising populations. It is a lesson in how water can dictate a nation’s future, and threaten or preserve regional stability.

Ethiopia’s new Tana-Beles hydroelectric plant on the banks of Lake Tana was built without Egypt’s approval. But Meles has insisted that his country, where blackouts are common and half the children younger than 5 are malnourished, will build whatever it pleases along the river and tributaries. His government has enticed investors to the newly irrigated farmland with dirt-cheap leases.

That’s what drew Addis Belay, a wealthy businessman from the Ethiopian capital, Addis Ababa, who leased 1,060 acres irrigated by the Tana-Beles project. This spring he planted his first crop of rice, sesame seeds, soy and corn, food he hopes one day to export to neighboring Sudan. Belay’s stone-crushing factory in Addis Ababa is also profiting from cheaper electricity generated by the new $520-million hydroelectric plant.

Belay’s sister-in-law, Liyou Feleke, said Egypt has profited from the Nile while Ethiopia has languished in poverty. In 2008 the per capita gross national income in Egypt was $1,800, according to the World Bank. In Ethiopia it was just $280.

“The Egyptians have been using it for generations,” she said. “The Ethiopians, we have never used a bit. But it’s time.”

In recent years, Chinese contractors have threaded skeins of power lines across the Nile Basin to carry electricity from the Tana-Beles plant to distant cities such as Addis Ababa and to nearby Bahir Dar. More than 80% of Ethiopians live without modern electricity, according to the World Bank.

Zegeye Alemye, a barber in Blue Nile Village about two hours drive from Tana-Beles, was adamant that the river be developed. “This country should benefit from the Nile,” he said.

Zegeye lives on the banks of the Abay River, the largest Blue Nile tributary. More than 50 years ago, Ethiopian Emperor Haile Selassie built one of the nation’s first hydropower plants on the river, not far from Zegeye’s tiny tin-roofed shop. Another hydropower plant was built downstream in the 1980s. Electricity transformed the village from a few hundred people into a town of 7,000.

Zegeye gestured toward an electrical socket, where a cellphone and his hair clippers were charging. “My life is based on this,” he said.

The Nile hooks south from Lake Tana and then surges north. It crosses borders, slips past Cairo and flows into the delta, which from the sky resembles an open, green hand reaching through the desert across northern Egypt toward the sea. Women and children bend with egrets in the fields and roads are crowded with tractors pulling the corn harvest. Most of the water that streams clear and white from irrigation hoses and runs through the furrows began its flow in Ethiopia.

Abubakr, the rice farmer, sat in the shade between a mosque and a storage shed stacked with bags of rice husks. The government told delta farmers that Egypt must bolster its water reserves in case a compromise is not negotiated between the Nile basin countries. Egypt’s rice crop, which needs more water than any other, will be cut this year by more than 900,000 acres. Abubakr’s April rice planting shrank from seven acres to three, and he’ll lose about $4,500 at the October harvest.

“We produce good rice and it brings the highest prices at home and on the export market,” he said. “Now we have to give it up by growing more beans and corn.”

Those crops, said Abubakr’s friend, Mosaad Salem, pay one-half to one-third of a rice yield. “We’ve left some fields abandoned,” he said. “The cost of planting and harvesting corn is just not worth it. My parents were farmers and my grandparents were farmers. This is all we know how to do. We’ve had crises before, but not like this one.”

Field hands strolled in and washed for prayers. Abubakr reached down and picked up a rice husk, dry and cracked. It blew out of his palm. The husks are sold to cement factories and ground into food for livestock. Little goes to waste in the delta.

A woman brought sodas and the men stayed in the shade, discussing tumbling prices, with no pretension that they understood the politics and conflicts along the Nile between its headwaters and its mouth to the sea.