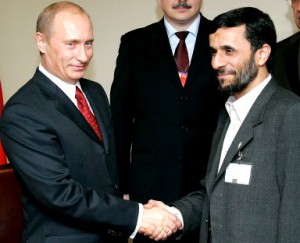 Opportunities to sell more gasoline while hurting suppliers in Europe and India.

Iranian Oil Minister Masoud Mir-Kazemi and Chinese officials pledged for their countries to cooperate more closely in the energy industry during talks in Beijing on Aug. 6, Iran’s government-run Press TV reported. Russia’s state-controlled OAO Rosneft and OAO Gazprom Neft may step up fuel shipments to the Islamic republic this month, the Iran Commission of the Moscow Chamber of Commerce and Industry said in July.

Iranian President Mahmoud Ahmadinejad’s government cut gasoline rations by one-fourth on June 22 and may reduce fuel subsidies. The country, which has the second-biggest reserves of oil and gas, said in July it may stop exporting naphtha and use the petrochemical as a blending agent to increase gasoline production. National airline Iran Air was forced to redirect jetliners “for a period of time” when BP Plc refused to refuel them last month, Chairman Farhad Parvaresh said on July 28.

Russian companies are discussing “serious deliveries” to Iran in late August or September, Rajab Safarov, head of the Iran Commission of the Moscow Chamber of Commerce and Industry, said July 29.