Hundreds of thousands of firefighters are battling forest fires across western and central Russia in the worst heatwave for decades. Homes have been destroyed, wildlife and farm stock lost and more than 30 people have died

High temperatures and smog from raging forest fires take their toll in Moscow and other parts of central Russia.

A man wears a mask to protect himself from the smog in central Moscow. Forest and peat bog fires caused by the hottest weather ever recorded in the Russian capital have raised the average daily death toll to 700. (Alexander Demianchuk, Reuters / August 10, 2010) 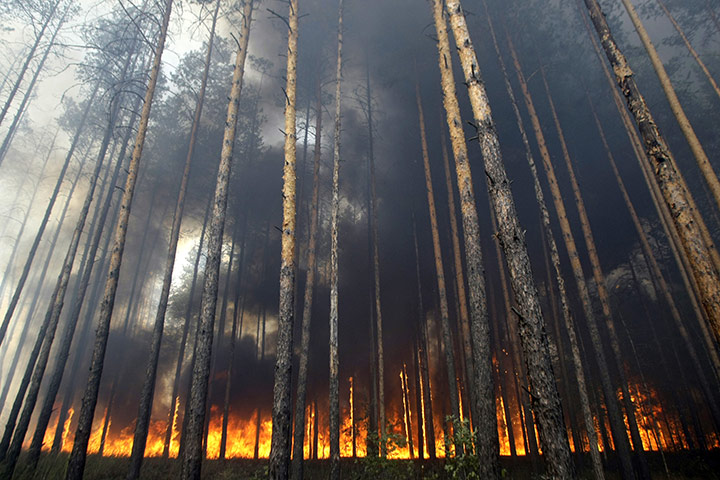 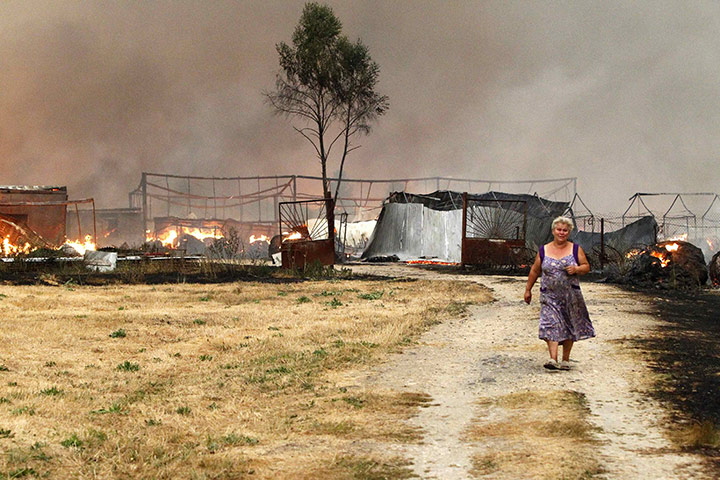 It also followed what the news agency called a tacit acknowledgment that not enough firefighters were available, following remarks by the head of the ministry’s crisis center, Vladimir Stepanov, that Russia “must mobilize all their forces, not just sit there and wait for fire brigades to arrive.” 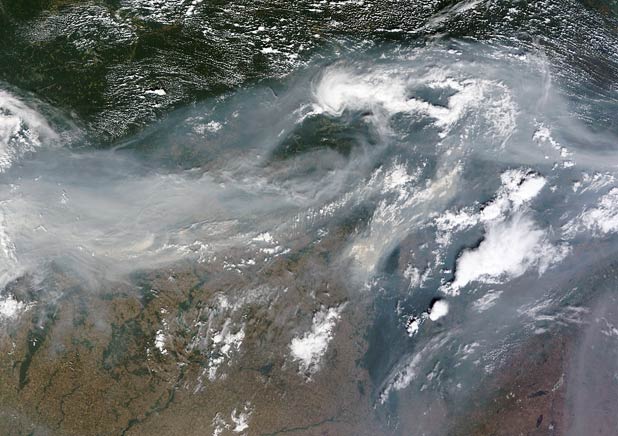 Nearly 1.8 million acres are burning in Central Russia, thousands of homes are destroyed, military and fire departments resources maxed out, and no end of the tragedy is in sight. Peat (a fossil fuel that lays underground close to the surface) caused current fires. The fuel, usually moist from the rivers, swamp, and underground creeks, has dried up during the record-breaking two-months-long draught with temperatures reaching 120 Farengheit across Central Russia. The greatest challenges in fighting the fires is that burning peat cannot be detected as the fire spreads rapidly underground and travelsin random directions. At any given moment the fire almost instanteniously appears above the ground igniting trees and homes above. While firemen tackle the smoking ground, chances are high that they are pouring water on a fire that has been burning for days or weeks, and its major flames have already traveled dozens and hundreds miles away from where it is being fought.

Putin made a promise that every village and town burnt by the current fires will be rebuit before September 1. Even though the promise is hard to keep, it will most likely be followed through. The humanitarian catastrophy during cold Russian winter will be more costly and devastating than the enourmous construction effort.