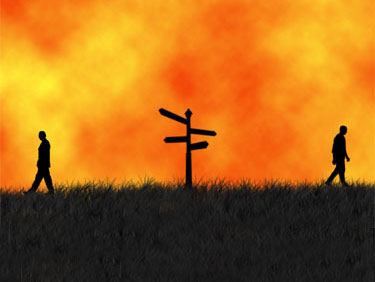 College degree, but no papers

* Oscar Vazquez’s mother brought him to the United States illegally when he was 12
* He became a star student, earning an engineering degree at Arizona State University
* Vazquez and his wife agreed he would turn himself in to become a legal citizen in the U.S.

* Now he waits for his documentation, working in a car parts factory in Mexico

Feature Story
Oscar Vazquez will likely read this story. He has the internet. He has a television, too. Then, he’ll go off to work at a car parts factory.

He buries himself in work in this small Mexican town to keep his mind off thoughts of his wife and young daughter back in the United States.

“I try to keep myself busy,” Vazquez said. “Like weekends are really tough. Most days, I just go to work and come home and sleep and sleep as much as I can and go back to work.”

It’s not the life Vazquez thought he’d be living after earning a mechanical engineering degree at Arizona State University.

Karla Vazquez said she would have moved to Mexico with her husband if not for Samantha.

Like many Mexican border towns, Magdalena De Kino has seen its share of violence. A few months back several men were shot and killed just down the street, Oscar Vazquez said. The bullets scarred the front of his house.

“That happened before I moved in,” he said. “But it’s still a little scary to have a bullet hole in your front door.”

Every few weeks, Karla and Samantha make the three-hour drive to visit Oscar on Karla’s days off.

“The only thing that worries me is that she drives kind of fast,” Vazquez said, with a frown, during one of the visits.

“I just want to get here,” she interjected.

Magdalena De Kino is a far cry from the life Vazquez lived in Phoenix. When he was in high school, he was an executive officer in the ROTC program.

He was also a member of the robotics team, which entered an underwater remotely operated robot in a competition against universities.

Massachusetts Institute of Technology was one of them.

The little robot called “Stinky” — built in a couple of days by Vazquez and his teammates — won the competition.

But behind all his successes, he was hiding a secret. Vazquez was an illegal immigrant. But not by choice.

When he was 12, his mother smuggled him across the border into Arizona so they could be with his father.

He graduated from high school and college in Arizona, and started a family.

Then Oscar and Karla decided to take an extraordinary risk: He would leave the United States. In essence, Oscar Vazquez would “self deport” to Mexico so he then could apply to return legally.

“No one is going to hire you for a top job if you don’t have your Social Security number and all that stuff,” Vazquez said.

It was the only way to have a successful future in the United States, according to Karla Vazquez.

“He worked so hard to get a degree and really wanted to put it to use,” she said. “He wasn’t going to be able to do that without getting legalized.”

The Vazquezes thought the process would be smooth. He applied for a waiver of his “excludability” based on extreme hardship to his family.

His initial application was rejected.

The U.S. government wanted to see more documents of the family’s finances as well as evidence of the psychological impact of Vazquez’s absence on the family, to prove hardship.

“Do they want to see me living in a box with my baby for it to be enough for them to let my husband come back home?” Karla asked.

“Do they want to see me lose my job and then my child to protective services because I can’t provide for her? What more do they need?”

could be another year before there’s a decision on his appeal.

How does that make him feel?

“Frustrated,” Oscar says, “not to be with the family, not to be able to see my daughter grow up.”

When he graduated from Arizona State last year, Vazquez was asked to stand during the commencement to be honored for his outstanding perseverance and determination. Hundreds of people applauded him, including President Obama, who was there to deliver the commencement address.

For now, Vazquez lives with those memories and his hope for the future.