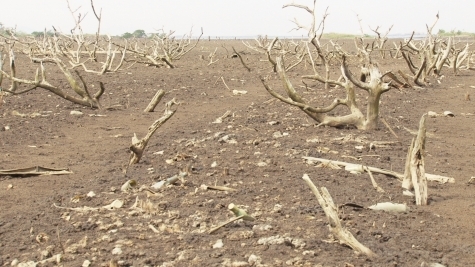 Little hope for US Gulf Coast as example of Guanabara Bay reveals a still devastated area a decade after environmental catastrophe.

Gabriel Elizondo: Effects of a Brazilian Oil Spill 10 Years On

I wanted to see the effects of an oil spill years later, so I came to Guanabara Bay near Rio de Janeiro.

It was here 10 years ago that 1.3 million litres of oil leaked from an underwater pipeline smothering in oil birds, sandy beaches, and much of the mangrove swaps that surround Guanabara Bay.

It was a major environmental catastrophe.

“The spill in 2000 on Guanabara Bay was one of the most serious and severe accidents in the environmental history of Brazil,” Breno Herrera, the head of the federal governments environment office that oversees Guanabara Bay, told me recently during an interview.

Before I go any further, it’s important to understand the bay is huge. The perimeter is almost 150km long and there are dozens of little islands inside the bay.

Guanabara Bay is legendary in Rio de Janeiro for its pollution, unrelated to the oil spill 10 years ago.

But what interested me in the oil spill from 2000 are two things.

First, I wanted to see how the mangrove swamps that were covered in oil have recovered, because that ecosystem is not too dissimilar to the swamplands in Florida and elsewhere now under threat from the BP Gulf of Mexico spill.

And, second, in 2000 at the time of the Guanabara spill people estimated it would take 10 years for the ecosystem to recover.

That was a decade ago, and the obvious question is ‘has it recovered?’

I was recently led into a large patch of mangrove that was hardest hit by the oil, and let me be clear here: What I saw was evidence that there is no recovery after all these years.

The mud is thick, black and lifeless. And it stinks. Dead stumps – what used to be thick green mangrove swamps – protrude out from the mud as far as your eyes see.

It looks like a scene captured by a camera attached to an unmanned spacecraft that has just landed on a lifeless planet in another galaxy.

Evo da Silva, a local fisherman I met, said before the spill he it was not uncommon to net 100 kilos of fish and crab a day. Today, on a good day, he is happy with five kilos; 10 kilos is a great day.

He said after the spill the fish died off, and have yet to come back to pre-spill levels.

“There are some types of fish that simply do not exists anymore here in our bay,” da Silva told me from Magé, a small town bordering the bay where he lives.

“I think they are extinct after the spill.”

The problem, I was told, is that once the mangrove were killed by oil, it also permanently disrupted the life cycle of the fish and crabs that needed the healthy swamplands to feed and multiply.

Until the mangrove can recuperate, the rest of the cycle can’t be fixed properly.

Problem is, once the mangrove is dead it is hard to bring back to life.

“The mangrove is one of the most fragile ecosystems in the world and unfortunately, when industrial accidents – particularly petroleum – enter the areas of mangrove, it’s a very slow process for the ecosystem to recuperate,” Herrera, the environmentalist, told me.

Herrera said once the oil was cleaned off the water surface area after the spill, it can reappear years later in ways not imaginable at the time.

“What is happening in many parts of the effected mangrove in the Guanabara Bay is that bubbles of oil were formed that are below the surface,” Herrera said.

“These bubbles are buried under sediment at the bottom of the bay, and then many years layer – even decades after the accident – we can still verify those bubbles can re-appear on the surface.

“We still get reports from fishermen that report small spots of oil that keep appearing in the mangrove, and that is what that is.” 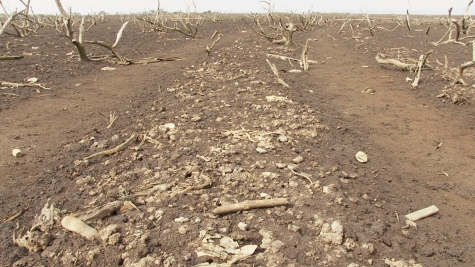 The economic effects from the oil spill can still be felt on the fishermen in Guanabara Bay.

Alexandre Anderson runs a local association fighting for rights of fishermen on the bay and he told me buyers will only pay less than half the market value of the fish from Guanabara Bay because of the stigma of the fish “being contaminated”.

Da Silva confirmed this to me, and said he fears the fishermen on the Gulf Coast of the US will face the same problem.

“I do not want to be pessimistic but it’s going to be difficult if someone does not help (the fisherman in the Gulf Coast),” da Silva said.

“It is going to be impossible to support their families. Now they are going to have the problem of people saying, ‘we are not buying that fish because it is contaminated.’

“We went through that here. Nobody wanted our fish, they said, ‘your fish are contaminated because of the oil.’”

Of the 6,000 fishermen who used to fish Guanabara Bay, only about 2,000 are left da Silva said. Most have been forced to find other lines of work.

Petrobras, the Brazilian oil company responsible for the spill in 2000, has invested over $200m in the last decade in environmental and social projects in Guanabara Bay.

The company has dramatically improved its environmental record in the last ten years, and is considered Brazil’s most socially responsible company in an independent study released last year.

But recovering the environment after an oil spill is a long and difficult process, according to Petrobras CEO Jose Sergio Gabrielli.

“Recuperation is always a challenge,” Gabrielli said recently during a news conference at company headquarters in Rio de Janeiro.

“It’s like tsunami; it’s difficult after a tsunami to pretend that you resisted it.

“You have to avoid the tsunami in the first place. You have to move the population out of the area beforehand.

“But once the accident occurs, it’s a very grave phenomenon; there is no doubt about it.”

Gabrielli said the BP accident in the Gulf Coast is affirmation that the best treatment for an accident is to avoid it in the first place.

“The accident is teaching us in a clear way that prevention is the main instrument to avoid an accident,” Gabrielli said.

“…We believe that our procedures and our operational discipline in relation to our operations can prevent accidents.

“This is essentially our policy and we are reinforcing it. We have reviewed all our procedures, we have analyzed our equipment, we are reinforcing our mechanisms for accompanying our operational procedures and we have confidence that what we are doing in the safest we can do.”

Petrobras has not had an accident of the magnitude of what occurred on Guanabara Bay since.

The lingering effects of the Guanabara Bay oil spill 10 years on are obvious after visiting some of the areas hardest hit.

But the effects in 2020 in the Gulf Coast could be much worse than anything seen here in Brazil.

The total amount of oil spilled in 2000 in Guanabara Bay was about 8,000 barrels and even by the most conservative estimates that is only about 25 per cent of the oil being leaked into the Gulf Coast everyday.

And as far as the full recovery of the mangroves in Guanabara Bay, that might not happen anytime soon.

“It is difficult to make a forecast concrete about these things, but without doubt it goes beyond 10 years,” Herrera told me in regards to the recuperation.

“It is counted in decades, not years.”

Herrera didn’t want to make any predictions about what will happen in the Gulf Coast down the road, but he did say he thinks the BP spill is the worst environmental disaster the planet has ever seen.

When I ask da Silva – the fisherman – if he has any advice for the people in the Gulf Coast of America coping with the BP spill, he says simply: “They are going to have to be patient, because they will have the same problems we still have here.

“But I think they are going to have it even worse than we do.”

Spoken from a man who has already lived it. And still is 10 years later.