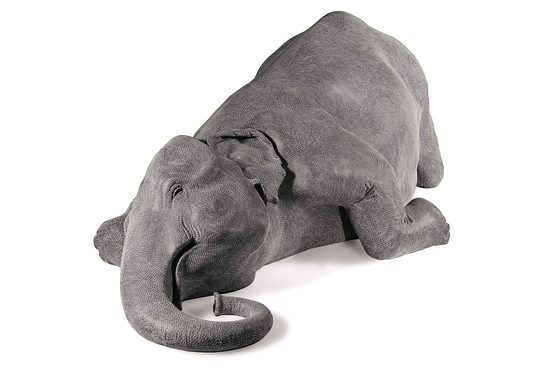 Sotheby’sContemporary artist Bharti Kher’s work “The Skin Speaks a Language Not Its Own” sold for £993,250.

The artwork sends mixed signals, and the same could be said of Sotheby’s Monday evening sale of contemporary art in London which included Ms. Kher’s £993,250 piece, “The Skin Speaks a Language Not Its Own.” 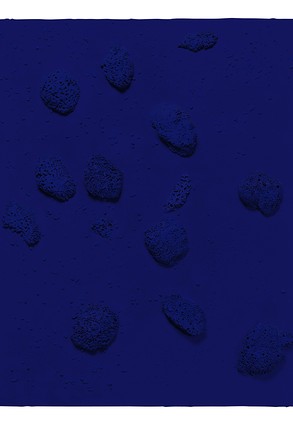 Yet for an art market seemingly on the mend, collectors showed surprising restraint. Of Sotheby’s 53 offerings, 11 artworks sold to buyers who only needed to place a single bid to win — including a £2.2 million “Millionaire Nurse” painting by Richard Prince; a £1.7 million “Camouflage Self-Portrait” by Andy Warhol and other works by Andreas Gurksy, Blinky Palermo and Gabriel Orozco.

Nine artworks failed to sell at all, including pieces by onetime London favorites like Lucian Freud, Peter Doig and Subodh Gupta.

The crowd inside Sotheby’s Bond Street salesroom also livened up when auctioneer Tobias Meyer offered up works from the so-called School of London, a group of post-war artists that included Frank Auerbach, Paula Rego, and Leon Kossoff. A colorful, London streetscape by Auerbach, “Mornington Crescent – Summer Morning,” sold to a telephone bidder for £2.3 million, well over its £2 million high estimate. Patrick Heron’s earthy, striped abstract, “October Horizon: October 1957,” sold for £481,250. It was priced to sell for up to £350,000.

Still climbing: The Zero Group, an art movement that sprang up in Europe after World War II and became known for using aluminum sheeting, nails, eggshells and door locks in their abstract work. Sales continue to rise sharply for key Zero members like Mr. Klein, Mr. Fontana and Gunther Uecker. Sotheby’s got £481,250 for Uecker’s swirling white canvas dotted with hundreds of slightly bent nails, “Bewegtes Feld.” It was priced to sell for up to £300,000.

Art-market watchers may also note the reemergence of Takashi Murakami, a boom-era star who has been largely missing from major auctions since the recession. Sotheby’s brought him back here through his 2003-2004 totem of a smiling ghost-like figure, “Koumokkun.” The work sold for £397,250, over its £300,000 high estimate.