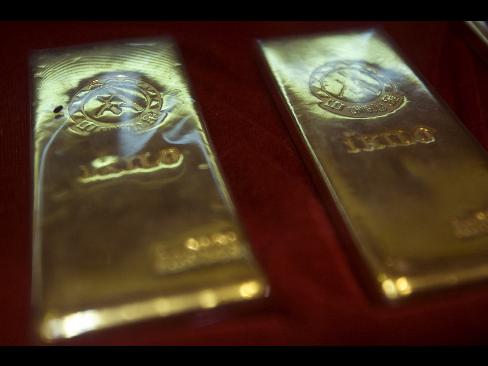 The stuff of cheap thrillers, this one:

The two most prominent cases involving the SVR in the past decade may have been those of Robert Hanssen, the FBI counterintelligence agent who was convicted of passing along secrets to the agency, and Sergei Tretyakov, deputy head of intelligence at Russia’s UN mission in 1995-200.

Tretyakov, who defected in 2000, claimed in a 2008 book that his agents helped the Russian government steal nearly $500 million from the U.N.’s oil-for-food program in Iraq before the fall of Saddam Hussein. He said he oversaw an operation that helped Saddam’s regime manipulate the price of Iraqi oil sold under the program and allowed Russia to skim profits.

That’s from this complaint – part of a fast-developing spy story, allegedly involving various Russians, some of whom are said to have been operating under Irish names.

Ten individuals were arrested on Sunday for supposedly carrying out “long-term, ‘deep-cover’ assignments in the United States on behalf of the Russian Federation,” according to the US Department of Justice. A key figure — one “Christopher R. Metsos” — remains at large.

And the allegations go way, way beyond the yellow metal – SALT talks, Afghanistan, Iran’s nuclear programme, you name it.

And then there’s this:

We expect there are gold conspirators out there, ready to fill in the gaps…

This entry was posted by Paul Murphy on Monday, June 28th, 2010 at 22:32 and is filed under Capital markets, Commodities, People. Tagged with espionage, gold, russia.

Meet The KGB 2.0: Cold War Espionage Is Back, As Spies In The US Serve To Determine Russian Gold Policy, And Much More

The KGB is back, and it’s leaner and meaner than ever. In a dramatic bust, the FBI has arrested 10 Russian individuals for allegedly carrying out long-term, deep cover assignments in the United States on behalf of Russia. The 37 page indictment from the Southern District of New York reads like a John LeCarre-cum-Ian Flemming espionage thriller and has everything including conspiracies, brush passes, handlers, money exchanges, code words, flash memory cards, covert meetings in Central Park, cracked secret codes, infiltration of strategic US organizations, and last but not least, Russia’s apparent interest “about prospects for the global gold market”, whereby espionage conducted by one of the group of rounded-up spies served to at least partially determine Russian policy vis-a-vis gold.

The FBI’s complaint begins with an overview of the Russian espionage program:

The FBI has conducted a multi-year investigation of a network of United States-based agents of the foreign intelligence organ of the Russian Federation (the “SVR”). The targets of the FBI’s investigation include covert SVR agents who assume false identities, and who are living in the United States on long-term, “deep-cover” assignments. These Russian secret agents work to hide all connections between themselves and Russia, even as they act at the direction and under the control of the SVR; these secret agents are typically called “illegals.”

“Illegal” agents of the SVR generall receive extensive training before coming to the United States. This training has typically focused on, among other things: foreign languages; agent-to-agent communications, including the use of brush-passes; short-wave radio operation and invisible writing; the use of codes and ciphers, including the use of encrypted Morse code messages; the creation and use of a cover profession; counter-surveillance measures; concealment and destruction of equipment and materials used in connection with their work as agents; and the avoidance of detection during their work as agents.

The FBI’s investigation has revealed that a network of Illegals is now living and operating in the United States in the service of one primary, long-term goal: to become sufficiently “Americanized” such that they can gather information about the United States for Russia, and can successfully recruit sources who are in, or are able to infiltrate, United States policy-making circles.

Each Illegal has a specific purpose, as spelled out by the following message from the Moscow Center of the SVR, which has been decrypted by the FBI:

You were sent to USA for long-term service trip. Your education, bank accounts, car, house etc. – all these serve one goal: fulfill your main mission, i.e. to search and develop ties in policymaking circles in US and send [intelligence reports] to C[enter].

The complaint goes into detail describing various acts of the “conspiracy” to commit espionage. As can be seen from the list below, this is not your garden variety, amateur hour operation:

The ringleader of the group, is allegedly one “Christopher R. Metsos”, “a secret SVR agent who is based abroad, and who has repeatedly entered the United States to meet with certain Illegals and, among other things, to pay them on behalf of Moscow Center. On four separate occasions during the period from on or about February 24, 2001 through on or about April 17, 2005, Metsos and Richard Murphy, the defendant, met together at a restaurant in Sunnyside, NY.” The narrative goes into excruciating detail describing Metsos actions, which the FBI appears had been observing for many years up until today’s bust.

And while the indictment goes to list various nests of conspiratorial activity among the 10 arrests, including the “Boston conspirators”, as well as those from Yonkers and Seattle, it is the New Jersey conspirators that are most interesting, and particularly one Cynthia Murphy of Mont Clair, NJ. The government proceeds to highlight the following key information which Ms. Murhpy was responsible for:

In an “infotask” from the spring of 2009, in advance of “Obama’s visit to [Russia],” the SVR requested information on the U.S. position with respect to a new Strategic Arms Limitation Treaty, Afghanistan, and Iran’s nuclear program. Moscow Center indicated that it “needs intels” which should reflect approaches and ideas of “[Russia] policy team members:” [four names of sub-cabinet US foreign policy officials, omitted]. Try to outline their views and most important Obama’s goals which he expects to achieve during summit in July and how does his team plan to do it (arguments, provisions, means of persuasion to ‘lure’ Russia into cooperation in US interest).

and this particular tidbit, which seems of most interest:

On a number of other occasions, the SVR specifically indicated that information collected and conveyed by the New Jersey Conspirators was especially valuable. Thus, for example, during the summer and fall of 2009, CYNTHIA MURPHY, the defendant, using contacts she had met in New York, conveyed a number of reports to Center about prospects for the global gold market. In October of 2009, the SVR responded: “Info: on gold – v. usefull [sic], it was sent directly (after due adaptation) to Min of Finance, Ministry of Economic Development.

Well, at least we now know where Russia is getting its gold hoarding ideas from.

What is most interesting, is to find out just how the Wall Street financier is who is about to get pinched for interacting with Ms. Murphy:

In a message dated “Feb 3 09” the New Jersey Conspirators reported that, through her work, CYNTHIA MURPHY, the defendant, “had several work-related personal meetings with [a prominent New York-based financier, name omitted] and was assigned his account”; the message accurately described the financier as “prominent in politics,” “an active fundraiser for [a major political party, name omitted].” A response from Moscow Center indicated that the financier “is checked in C’s database-he is clean. Of course he is very interesting ‘target’. Try to build up a little by little relations with him moving beyond just [work] framework. Maybe he can provide [Murphy] with remarks re US foreign policy, “roumors” [sic] about White house internal ‘kicthen’, invite her to venues (to [major political party HQ in NYC, for instance)…. etc. In short, consider carefully all options in regard to [financier].”

It appears Mr. “Murphy” is quite the out-of-the-box thinker when it comes to luring prominent New Yorkers “beyond just ‘work’ framework.” We are confident the prominent NY-financier’s wife will be ecstatic to find out her husband was having a potential affair with a Russian spy. And a Zero Hedge hat to the first to uncover just who this mysterious person is.

All in all, this will provide countless hours of entertainment for the US counterespionage population. In the meantime, we are curious how the President will present this interesting break from the monotone of the summer doldrums to the US population, and just what diplomatic escalation he will demand vis-a-vis a suddenly very strategically (and commoditally) important Russia.

Also, if readers have access to Ms. Murphy’s picture, we would be quite interested in finding out just what this individual, who has apparently shaped Russian gold policy to no little extent, looks like.

The two most prominent cases involving the SVR in the past decade may have been those of Robert Hanssen, the FBI counterintelligence agent who was convicted of passing along secrets to the agency, and Sergei Tretyakov, deputy head of intelligence at Russia’s UN mission in 1995-200.

Tretyakov, who defected in 2000, claimed in a 2008 book that his agents helped the Russian government steal nearly $500 million from the U.N.’s oil-for-food program in Iraq before the fall of Saddam Hussein. He said he oversaw an operation that helped Saddam’s regime manipulate the price of Iraqi oil sold under the program and allowed Russia to skim profits.