As Gen. Petraeus assumes control in Afghanistan, the Obama administration needs to demonstrate that its counterinsurgency strategy is working 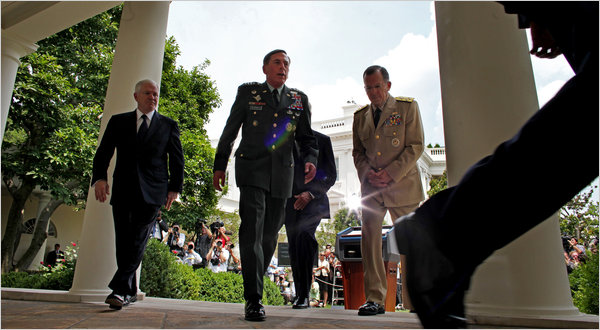 President Obama jettisoned Army Gen. Stanley A. McChrystal as commander of U.S. and allied forces in Afghanistan for disparaging the civilian leadership of the country and war effort, turning instead to Gen. David H. Petraeus, commander of U.S. forces in the Middle East and Central Asia. In Petraeus, the president has a known quantity, a seasoned military leader who sharpened his counterinsurgency teeth in the Iraq war and has a proven record of working with Washington. The question is whether Petraeus can translate his Iraq experience into success in Afghanistan, which is quite a different challenge.

McChrystal took over just a year ago with a new counterinsurgency plan to “disrupt, dismantle and defeat” Al Qaeda and its Taliban allies. It was far more ambitious than an alternative counterterrorism strategy aimed at Al Qaeda leaders advocated by Vice President Joe Biden — a target of McChrystal’s snarky comments — and Obama backed McChrystal and gave him additional troops. Since then, McChrystal has launched an offensive to recapture the Taliban stronghold of Marja that has had mixed results, at best, and delayed another offensive planned for the insurgent heartland of Kandahar. Although McChrystal reportedly developed a better relationship with President Hamid Karzai than with his civilian colleagues, neither has been able to convince the Afghan president to rein in the corruption that undermines support for his government. Petraeus will inherit an Afghan army and government that are even weaker than those he had to work with in Iraq.

In dismissing McChrystal, Obama said he was doing “the right thing” for the country, the military and the prosecution of the war. “I welcome debate among my team, but I won’t tolerate division,” he said. We agree with the president that McChrystal’s remarks were inappropriate and called into question his respect for the civilian leaders of the military. Civilian control is a central tenet of the U.S. political system, and McChrystal’s irresponsible comments raised legitimate concerns about whether he was the right man to carry out the orders of the president. 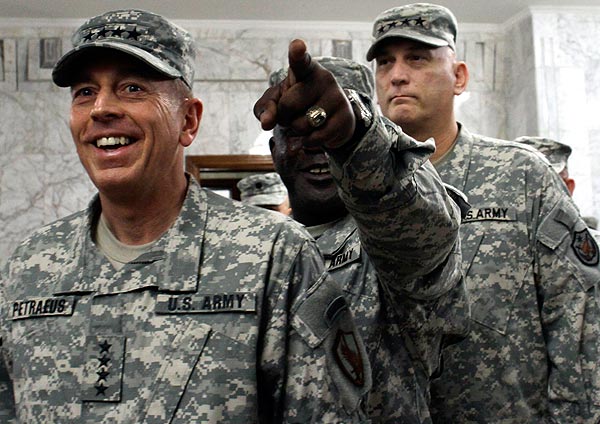 A wartime commander-in-chief must have a general on the ground whom he can trust. And he must have a team that can work together, as disunity will doom even the best-laid plans. What worries us still is that the government has yet to present Americans with explicit, clearly articulated benchmarks for assessing progress in the war. With a year to go before the U.S. is scheduled to begin drawing down troops, we’ve seen no evidence that the counterinsurgency strategy that Obama endorsed again Wednesday is succeeding.

Forget About That 2011 Withdrawal Date