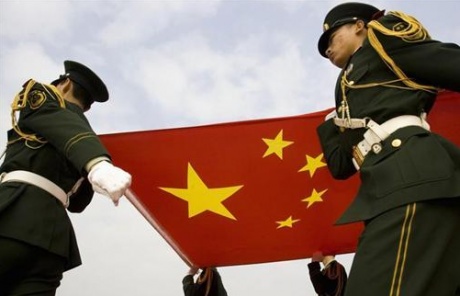 Far from the glare of Hollywood lights, the CIA on Tuesday premiered a nonfiction film produced by the agency that recounts the mystique and the misery of a botched James Bond-like spy mission in China.

The film, which combines documentary footage and actors re-enacting events, is the first such movie in the spy agency’s history, but relatively few people are likely to see it.

The CIA says it is for internal use only, although it granted an Associated Press request to attend the screening.

The film documents one of the CIA’s more painful episodes, a failed attempt in November 1952 to recover an ethnic Chinese spy who was part of an agent team the CIA had smuggled into the Manchuria region of northeastern China several months earlier.

Trap is set
It was part of a much larger, long-classified covert action program aimed at destabilizing the revolutionary communist government of Mao Zedong. Unbeknownst to the Americans, the agent team had been compromised, helping the Chinese set a trap.

When an unmarked C-47 cargo plane with two CIA paramilitary officers aboard swooped low over the arranged pickup point, Chinese troops in hiding opened fire. The Chinese had known it was coming and planned an elaborate ambush. The plane burst into flames and belly-flopped in a forested area.

Documentary maker in charge
The hourlong film, titled “Extraordinary Fidelity,” was directed by Paul Wimmer, who produced and directed a 2002 Discovery Channel documentary on the Sept. 11 attacks, “Pentagon Under Fire.” Among other projects, Wimmer served as a consulting producer for a 2009 National Geographic Channel documentary, “Great Escape: The Final Secrets,” about American prisoners during World War II.

The CIA film includes interviews with Fecteau and Downey, who have remained largely mum about the details of their experience, which ended with Fecteau’s release by the Chinese in December 1971 and Downey’s release in March 1973.

A key theme of the film is the behind-the-scenes efforts by CIA officials in Washington, throughout the men’s imprisonment, to keep their financial affairs in order and provide assistance to their families.