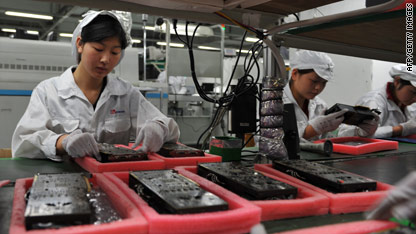 At first glance, Foxconn’s factory complex in the southern Chinese city of Shenzhen seems like a heavily secure university campus.

Young workers move quickly from modern, clean dormitories to huge mess halls and then to their jobs on the assembly lines, making everything from Apple’s iPad and iPhone, to Dell computers, and products for Hewlett Packard and Sony.

More than 300,000 people sleep, eat and work here. There are three hospitals, a fire station, supermarkets and restaurants all crammed on less than a square mile (2.3 square kilometers.)

But something here is not right — an alarming number of workers have taken their lives or attempted suicide. So far this year, 10 people have committed suicide, while three others have tried, according to Foxconn, a Taiwanese firm and local authorities, and no one knows why.

“We’re asking ourselves the same question,” said company spokesman, Liu Kun. “Foxconn has never seen anything like this before in the past 20 years of operating on the mainland. We’ve checked the work records and couldn’t find any direct link between the working conditions and the suicides.”

While the number of suicides is below China’s average rate of 14 per 100,000, according to the World Health Organization, it is enough to worry some of Foxconn’s customers. Apple, Dell, Hewlett Packard and Sony have all ordered their own investigations. 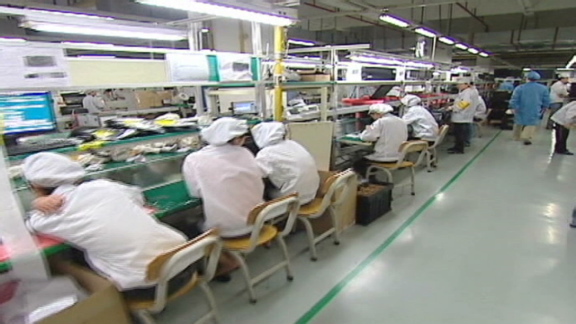 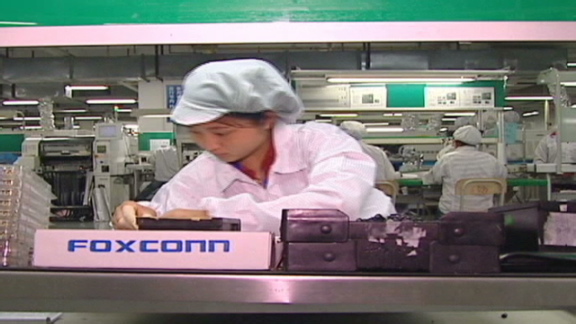 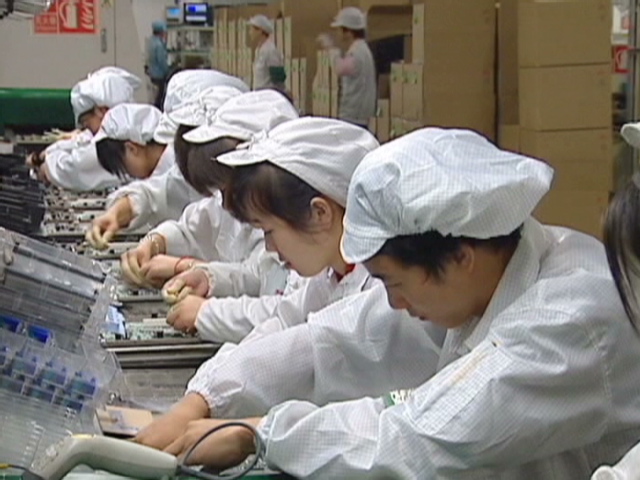 When CNN contacted Apple, a company spokesperson directed us to their Web site and a statement on supplier responsibility which reads in part: “We insist that our suppliers provide safe working conditions, treat workers with dignity and respect .” HP, Dell and Sony have issued similar statements.

Foxconn, which maintains its workers are treated well, is also worried. Company Chairman Terry Gou made an unprecedented public apology for the string of tragedies. In recent months, the company has brought in more counselors, started a 24-hour phone counseling service and opened a stress room where workers can take out frustration on mannequins with bats.

All of this has prevented more than 30 suicides in the past month, Foxconn spokesman Liu said.

“Most cases are caused by emotional affairs, personal reasons or poverty of the family. Some people feel depressed because their directors have criticized them,” he said.

Critics say the problems could be due to the pressures many of China’s migrant workers face. They are young people from the country who have never been away from home, working long hours, and feeling alone and vulnerable.

“They wake up, they have breakfast, they go to work, they work a solid shift, they come back to their dormitories and they sleep … it’s a very dehumanizing place, and the workers are little more than machines there,” said Geoffrey Crothall of the China Labor Bulletin, a non-profit group that tries to protect workers’ rights across China.

Despite all of the questions about what’s happening inside Foxconn, outside there is no shortage of young people lining up and hoping for a job that pays around $300 a month. Foxconn is also promising to raise wages by about 20 percent; relatively good pay compared to other factories.

Liu admits there are problems, such as not having enough recreational facilities on campus (five swimming pools and 400 computers) for its staff of more than 300,000. There also have been complaints that assembly line managers have been abusive toward staff if they miss deadlines or make mistakes.

“It’s forbidden for managers to scold workers but some of our managers do not meet the standards. They’re insensitive to the workers’ feelings,” Liu said. “It’s crucial that we improve our management style and establish a supporting system for all our employees.”