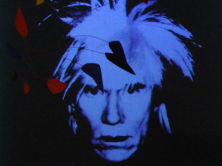 As the art market comes back to life, an exclusive excerpt from a new biography of Leo Castelli, the dealer who discovered Jasper Johns, Roy Lichtenstein, and Andy Warhol. VIEW OUR GALLERY.

What precisely made Castelli tick? Was he throwing himself into a strategic plan or just losing himself in work in an indeed endless cycle of self ­immolation and re-­creation? Was his a will to power? A taste for the spotlight? A pure aesthetic fascination? What was he after? What hidden dynamo torqued his professional engine with such relentless efficiency? What figurations, what formulas, could describe the inexhaustible kinesis of those years?

“What his enemies say may be true,” the filmmaker Emile de Antonio once reflected. “He loves the power; he loves the money. But he loves the work most, and well. And he has a very deep sense of the history he has lived. As work becomes bigger and bigger, he opens newer and bigger galleries.”

The collector and financier Donald Marron offers a businessman’s perspective on the intangible: “Leo identified a time that was coming, he identified a number of the great players, and then he created an atmosphere in which they would flourish. I have no idea how he did financially, but he created this atmosphere of discovery and success.” In today’s parlance, one might say a brand.

Leo & His Circle: The Life of Leo Castelli. By Annie Cohen-Solal. 576 pages. Alfred A. Knopf. $35. At the eye of this entrepreneurial storm stood a short, svelte, meticulous man of habit, his elegant but sober clothes expertly stitched by his Milanese tailor (the classically tailored grey suit and monochromatic Hermès tie were his signature look); who lunched and dined with equally refined simplicity (straciatella alla romana, piccata al limone, and a salad), always in the same Italian restaurants of New York; who spent Thanksgiving at Snedens Landing with Judy Tomkins, his Christmas holidays at the hotel La Samanna on the island of St. Martin, near Jasper Johns’ house, and his summer vacations in Castellaras in the south of France, reading and rereading the same European classics before bedtime: Dante, Goethe, La Fontaine, Tolstoy, Thomas Mann, Flaubert, Proust, Balzac. Ever true to himself, with unfailing grace (“con garbo,” the Italians say), Leo Castelli, like some sorcerer of ancient lineage, performed the arcane alchemy that unleashed the fabulous destinies of American art.

In September 1959, Castelli met the artist he would ever after introduce as his second epiphany—Johns had been his first—Frank Stella. “Frank had turned 23 and had just finished his studies at Princeton,” Castelli recalled of their first meeting. “It is difficult for me to describe the extraordinary shock I experienced when I saw the large black paintings that he was doing at the time [black stripes with thick dividing lines between each stripe]?.?.?.?Stella’s hard and brutal abstractions had an extraordinary effect on me. I realized later—and Stella confirmed this—that the stripes in his paintings were inspired by the stripes in the flags of Jasper Johns. Without hesitating for a moment, I asked him to join my gallery.”

A month after meeting Stella, Castelli showed Cy Twombly, another Southerner like Rauschenberg and Johns. He was a painter of sensual, allusive work, making unique use of traces, scars, and scratches, and with a deep sense of history, though his paintings might seem abstract to some.

An artist with some independence who was already established in Italy, he was not unformed enough to become the gallerist’s creature, and he would always maintain a certain distance from Castelli.

“Ileana should be given her due,” Twombly comments today, slightly dismissive of the maestro. “She had the eye. Leo had a silly side and a very honorable side.”

Indeed, as Twombly suggests, Ileana Sonnabend was quite present during those first years of her ex-­husband’s gallery. As earlier with Pollock and de Kooning, she excelled at personal contacts with the artists. Then there was Roy Lichtenstein, who one day plunked down five of his canvases in the entry foyer of Four East 77th Street. In recollection, the scene itself is as suggestive of a comic strip as the art in question.

“I said,” Castelli’s right-hand man Ivan Karp remembers, “ ‘What are these?’ He said, ‘Well, Mr. Kaprow called about me. I’m Lichtenstein and I wish you’d look at these paintings.’ I said to him, ‘You really can’t do this, you know.’ It was just too shocking for words that somebody should celebrate the cartoon and the commercial image like that. And they were cold and blank and bold and overwhelming. So I said, ‘Well, look, I’d like Castelli to see these. They’re pretty unsettling.’ We kept four of them. And then Leo saw them and had his own set of reactions. We both were jolted. We thought, well let’s put them in the racks and we’ll take them out again and see how they feel as the days go by. And after a time we agreed it was really an intelligent and original innovation.” After the Sonnabends had visited Lichtenstein’s studio, Castelli, despite resistance from the “Old Masters”—Johns and Rauschenberg—decided to show Lichtenstein as well.

As for Andy Warhol, he appeared at the Castelli Gallery as a collector at first. He bought a Johns drawing for $350, then spotted a Lichtenstein propped against the wall. “He issued one of his curious little sounds like an astonished ‘Oh!’ that he says every so often,” Ivan Karp remembers, “which he still says in a state of astonishment.

‘I’m doing something like this myself!’” He said, ‘What are these paintings doing here! Whose work is this!’ He was really shocked, and at the same time appalled. And he asked me if I wouldn’t come to his studio and look at what he was doing. I said, ‘Do you mean to say that you’re really concerned with the same kind of images?’ He said, ‘Yes. I actually am doing cartoon things and commercial subjects. But they’re different, of course; they’re very different. Would you come and look?’ ”

So it was Karp who first visited Warhol’s studio: “I went to Warhol’s powder blue building on Lexington Avenue, a four­-story building which he owned. I was shocked to see that his was the only name on the bell. I went in there. It was a very dark place. There was one very bright light on in this living room area, which was beautifully decorated with fine, elegant furniture and beautiful paintings with a generally surrealistic character about them. But we were just beginning to launch Lichtenstein, and thought it would be very destructive to have these two new artists doing the same sort of thing.”

Fortunately, Castelli’s ex-wife Ileana Sonnabend paid a visit too: “I called Andy and went to see him in the house he had bought for his mother, Julia. He was doing advertising drawings, very beautiful, and the house was chock full of magnificent things, huge papier­mâché dogs and the like. He was very shy. Then we talked, he showed me his stamps, the paintings he did with airmail stamps, and also a Coke bottle and many drawings of shoes that I liked enormously and found very interesting…. I advised Leo to take both Roy and Andy!”

If Castelli’s primary goal, prosecuted with ample help from his devoted scouts, was the discovery of new talents, a close second was getting his artists into the museum world. Since MoMA’s opening in 1929, seeded with the modern European art collections of three women—Abby Rockefeller, Lizzie Bliss, and Mary Quinn Sullivan—the perennial question had been how to represent American art there. Whatever form the presence took, it would from the beginning live in a shadow. The excellence of MoMA’s permanent collection and temporary exhibitions, as well as the expansion of educational programs initiated by Alfred Barr, had made the museum the preeminent showplace of 20th-century European art in New York. Still Barr—though he had been perfectly clear that his project was to show the excellence of modernist European art—had been roundly criticized for “ignoring American art.” On MoMA’s walls, works by Darrel Austin, Hyman Bloom, Raymond Breinin, Rico Lebrun, and Knud Merrild wilted alongside masterpieces by van Gogh, Picasso, Matisse, Duchamp, de Chirico, Dalí, Magritte, and the others. How could one usefully identify the two groups, other than as oil and water? What Americans could stand up to Europeans of that stature? How could they be made to seem legitimate, let alone fit into the collection? Wait a few years: Castelli will provide the key.

Against all odds, MoMA did eventually buy Stella’s The Marriage of Reason and Squalor, and Castelli could boast of having placed two of his protégés in the sanctum sanctorum of modern art. He wasted no time launching the third phase of his master plan: explaining to a skeptical public how his artists fit naturally into MoMA’s collection. “The key figure in my gallery,” he would later explain, “is somebody that I never showed, and that was Marcel Duchamp. He was the great influence on all the younger painters [in my stable]. Painters who are not influenced by Duchamp just don’t belong here.” By boldly imputing such a continuity, and tracing a genealogy whereby Jasper Johns was Duchamp’s heir and Frank Stella was Johns’ heir, Castelli effectively ushered art history through the door of Four East 77th Street.

Castelli had been an early and unconditional admirer of MoMA’s European collection; then, via the Club, he had drawn close to Alfred Barr. Finally, in 1951, with the Ninth Street Show, he had become for Barr a sort of accidental Virgil or at least a reliably shrewd consultant, who by remarkable powers of divination could predict the emergence of new American artists and deliver them up to Barr, preempting any competitor.

In 1958, after he became a gallerist, these fruitful relations entered a new luminous phase: the Jasper Johns and Frank Stella period, in which Castelli’s choices seemed in perfect harmony with Barr’s taste. Then came a period of some friction, as Rauschenberg’s more effervescent and disturbing work had a hard time winning over museum officials. Obsessively and unabashedly, Castelli solicited, goaded, and hounded Alfred Barr (and Dorothy Miller even more) to ensure Rauschenberg’s fitting presence in MoMA’s permanent collection—in his view, the ultimate aesthetic consecration and an American artist’s only way of being recognized outside professional circles as one who had crossed the borders of provincial obscurity and whose work deserved to be regarded as Art with a capital A.

Plus: Check out Art Beast, for galleries, interviews with artists, and photos from the hottest parties.

Annie Cohan-Solal is the author of Leo & His Circle: The Life of Leo Castelli and Painting American: The Rise of American Artists. Her acclaimed Sartre: A Life has been translated into 16 languages. She is currently Visiting Arts Professor at New York University’s Tisch School of the Arts.