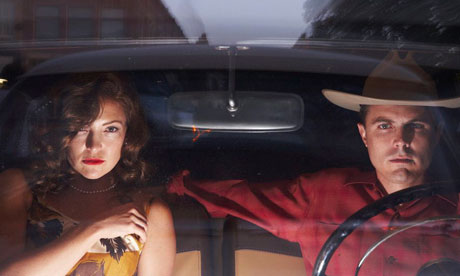 AS I grow older, I become exhausted by the need to show ever more explicit violence – in cinema and journalism

Whenever the cry goes up about the desensitising effect of violence in the media, it is usually the trashy or the trivialising that ends up in the dock. But there is another kind of sensory corrosion, less easily foreseen or condemned, that can result from encountering even that material which was conceived with noble intentions.

Last week I saw The Killer Inside Me, Michael Winterbottom’s film of Jim Thompson’s 1952 novel about an outwardly agreeable but psychopathic sheriff. Somewhere around the point where we see, in unprecedented detail, the main character punching a woman until her face caves in, it hit me that I’d had enough. Not of the film exactly – it is unimpeachable in its effort to render violence as properly disgusting. Rather I felt exhausted by the inadvertent game of artistic one-upmanship in which the movie cannot help but participate.

The Killer Inside Me would hardly be able to make its shocking point if its scenes of violence paled alongside those in the work of Peckinpah, Kubrick, Scorsese or Von Trier; it must exceed the degree of explicitness found everywhere but in the “snuff” genre if it is to state convincingly its arguments about cycles of violent behaviour. Other works that strive to depict man’s inhumanity to man will have to compete in turn, consciously or otherwise, with what Winterbottom has put on screen and into our heads.

I’m sure my belated sensitivity to such images is not unconnected to the approach of middle age, when we may begin to realise that we are no more robust on the inside than we are on the outside – that everything we consume takes its toll on the spirit. For all that we are disturbed by violence in art, explicitness has been a commonplace in journalism for longer than I can remember. Painstaking reporting has placed in our minds narratives more horrific than any movie; just from being a regular reader of newspapers, I have in my head films depicting the torture of people I’ve never met: Baha Mousa, Mary-Ann Leneghan, Victoria Climbié, Michael Gilbert.

There are close-ups, there is a shot sequence. And you can be sure there will be sequels. Each successive violent story that is reported must inevitably be weighed up for severity by editors: only the worst, or the ones that double as commentary on some social or political malaise, will hit the front pages; only those that best combine the gruesome and the poignant will make the grade. The police officer who remarks that this case is the most brutal he or she has seen in 20 years on the job is the one most likely to make it into print. (When was the last time you heard a detective quoted as saying that, yes, this was a terrible crime, but not quite the worst he or she had ever come across?) These are, to use a phrase coined by Gordon Burn in his novel Fullalove, the “marmalade-droppers”, the stories that shatter the harmony of the breakfast table.

What I find myself wondering is why we need to know every sickening detail of every story. There is nothing to learn about in these instances except mankind’s infinite capacity for sadism. Is it not enough to know that a person was tortured to death, without the accompanying shopping list of punishments and injuries? Just as the increases in explicitness made in individual works of fiction can amount to a cumulative slideshow of competing atrocities, an arms race of shock and horror, so news reports can only coarsen our sensibilities as they scramble to out-do one another with each grisly stock-take. I can see only one beneficiary from, say, the rigorous reports of the torture last year of two boys in Edlington by a pair of brothers – that would be David Cameron, who has incorporated the Edlington story into the ongoing PowerPoint presentation that is his bid to be prime minister.

If there is a gain to be made from presenting us with each fact in a news story, however unpalatable, or in portraying brutality on screen in forensic detail, then there is also a corresponding loss, summed up in this exchange between the father and son in Cormac McCarthy’s novel The Road:

• The Killer Inside Me is released on 4 June