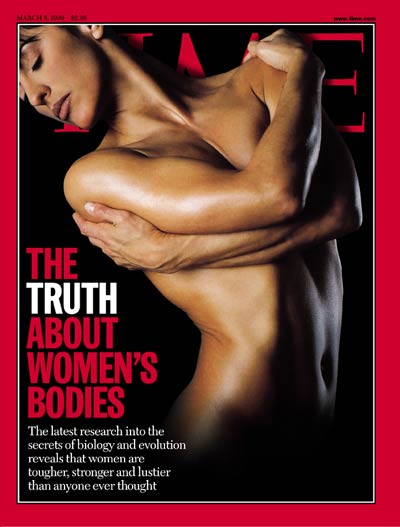 If you were a woman reading this magazine 40 years ago, the odds were good that your husband provided the money to buy it. That you voted the same way he did. That if you got breast cancer, he might be asked to sign the form authorizing a mastectomy. That your son was heading to college but not your daughter. That your boss, if you had a job, could explain that he was paying you less because, after all, you were probably working just for pocket money.

It’s funny how things change slowly, until the day we realize they’ve changed completely. It’s expected that by the end of the year, for the first time in history the majority of workers in the U.S. will be women — largely because the downturn has hit men so hard. This is an extraordinary change in a single generation, and it is gathering speed: the growth prospects, according to the Bureau of Labor Statistics, are in typically female jobs like nursing, retail and customer service. More and more women are the primary breadwinner in their household (almost 40%) or are providing essential income for the family’s bottom line. Their buying power has never been greater — and their choices have seldom been harder.

It is in this context that the Rockefeller Foundation, in collaboration with TIME, conducted a landmark survey of gender issues to assess how individual Americans are reacting. Is the battle of the sexes really over, and if so, did anyone win? How do men now view female power? How much resentment or confusion or gratitude is there for the forces that have rearranged family life, rewired the economy and reinvented gender roles? And what, if anything, does everyone agree needs to happen to make all this work? The study found that men and women were in broad agreement about what matters most to them; gone is the notion that women’s rise comes at men’s expense. As the Old Economy dissolves and pressures on working parents grow, they share their fears about what this means for their children and their frustration with institutions that refuse to admit how much has changed. In the new age, the battles we fight together are the ones that define us.

In the spring of 1972, TIME devoted a special issue of the magazine to assessing the status of women in the throes of “women’s lib.” At a time when American society was racing through change like a reckless teenager, feminism had sputtered and stalled. Women’s average wages had actually fallen relative to men’s; there were fewer women in the top ranks of civil service (under 2%) than there were four years before. No woman had served in the Cabinet since the Eisenhower Administration; there were no female FBI agents or network-news anchors or Supreme Court Justices. The nation’s campuses were busy hosting a social revolt, yet Harvard’s tenured faculty of 421 included only six women. Of the Museum of Modern Art’s 1,000 one-man shows over the previous 40 years, five were by women. Headhunters lamented that it was easier to put a man on the moon than a woman in a corner office. “There is no movement,” complained an activist who resigned her leadership position in the National Organization for Women two years after it was founded. “Movement means ‘going someplace,’ and the movement is not going anywhere.

“In terms of real power — economic and political — we are still just beginning,” Gloria Steinem admitted. “But the consciousness, the awareness — that will never be the same.”

So it’s worth stopping to look at what happened while we were busy ending the Cold War and building a multicultural society and enjoying the longest economic expansion in history. In the slow-motion fumblings of family life, it was easy just to keep going along, mark the milestones, measure the kids on the kitchen door and miss the movement. In 1972 only 7% of students playing high school sports were girls; now the number is six times as high. The female dropout rate has fallen in half. College campuses used to be almost 60-40 male; now the ratio has reversed, and close to half of law and medical degrees go to women, up from fewer than 10% in 1970. Half the Ivy League presidents are women, and two of the three network anchors soon will be; three of the four most recent Secretaries of State have been women. There are more than 145 foundations designed to empower women around the world, in the belief that this is the greatest possible weapon against poverty and disease; there was only one major foundation (the Ms. Foundation) for women in 1972. For the first time, five women have won Nobel Prizes in the same year (for Medicine, Chemistry, Economics and Literature). We just came through an election year in which Hillary Clinton, Sarah Palin, Tina Fey and Katie Couric were lead players, not the supporting cast. And the President of the United States was raised by a single mother and married a lawyer who outranked and outearned him.

It is still true that boardrooms and faculty clubs and legislatures and whole swaths of professions like, say, hedge-fund management remain predominantly male; women are about 10% of civil engineers and a third of physicians and surgeons but 98% of kindergarten teachers and dental assistants, and they still earn 77 cents on the dollar compared with men. They are charged higher premiums for health insurance yet still have greater out-of-pocket expenses for things as basic as contraception and maternity care. At times it seems as if the only women effortlessly balancing their jobs, kids, husbands and homes are the ones on TV.