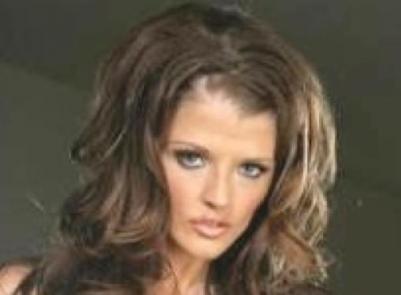 If you haven’t already, you’re going to want to read through them. But brace yourself. They’re not for the faint of heart.

It would be safe to say they don’t fit with the corporate image Tiger cultivated prior to his car crash last Thanksgiving.

In fact, they’re vivid enough that they may plunge Tiger into PR hell all over again.

On the web site www.sextingjoslynjames.com, this bio explains:

Veronica Siwik-Daniels was born in upstate New York (Amsterdam) on Thanksgiving Day, November 22, 1977. After college she became an adult film star sensation, Joslyn James, appearing in approx 20 films. Her extensive career in the mainstream limelight has included numerous, high profile television shows, magazine and promotional appearances including: E! Entertainment TV, The Travel Channel, Dr. 90210, Sin City Diaries, Elimi-Date, Gene Simmons Family Jewels, Queer Eye for the Straight Guy, World Series of Poker, 944 Magazine and Las Vegas Weekly to name just a few. She left the industry several years ago due to her 3 year intimate love relationship with Tiger Woods and has taken a break from the business since that time.

Most recently Veronica has been seen on Inside Edition, Playboy Online, Hustler Magazine and in the public eye speaking out about her romantic relationship with Tiger Woods.

Veronica is looking forward to the next chapter in her exciting career. Fans are encouraged to keep checking back here for future plans and sometimes controversial announcements.