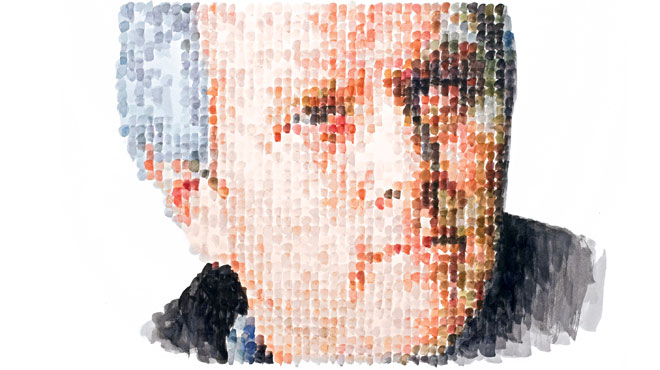 Breitbart has been waiting 45 minutes for a filet mignon. He drums his fingers on the table in this plush Italian restaurant off Times Square, a place where the media types he regularly trashes used to flaunt their expense accounts — back when they still had them. Breitbart looks around for a waiter and launches into a stem-winder about collusion between Hollywood and the press — the “subtle and not-so-subtle use of propaganda to make a center-right nation move to the left.

From anyone else, this would be just talk — or talking points. (No terrorist bad guys on TV? Really?) But Breitbart is one of the people who rams those points into the popular consciousness. Until last September, the beefy 41-year-old with graying blond hair was a largely covert power in the right-wing media, the hidden hand behind the popular Drudge Report who also, weirdly, cofounded the liberal Huffington Post. But then he struck out on his own. Today his collection of Web sites draws more than 10 million readers a month. He has a book deal worth more than half a million dollars, and he’s a regular presence on Fox News — where he’s headed later tonight, in fact. The covert thing is out the window.

The filet finally shows and Breitbart digs in, ignoring the risk to his mustard-colored sports coat. “The idea is that I have to screw with media, and I have to screw with the Left, in order to give legitimate stories the ability to reach their natural watermark,” he says.

After just a few bites of steak, Breitbart splits. He has a meeting on the East Side with his lawyer to prep for a hearing tomorrow. The Brooklyn DA is investigating the housing advocacy group Acorn and wants to talk to Breitbart about the infamous videos he spread all over television and the Internet last year that show Acorn staffers offering to help a man and a “teenage hooker” set up a brothel full of underage Salvadoran prostitutes. (The DA would eventually find “no criminality” in the actions of the Acorn staffers.)

Later that evening, Breitbart arrives at the offices of Fox News on Sixth Avenue. Host Sean Hannity greets him with a fist-bump and calls him “bruthah.” Doug Schoen, Bill Clinton’s former pollster, waves hello. Then the three of them walk into a cavernous television studio covered in stars and stripes. “Breitbart, you didn’t bring video tonight. What’s up with that?” Hannity asks as the cameras start rolling.

Breitbart smiles a little. “Oh, in the next year there will be more. More than we all can handle,” he answers.

Hannity extracts a promise for an exclusive. “This is changing the face of journalism,” he says.

Schoen pipes in: “It’s changing the face of politics, too.”

The taping ends with small talk and handshakes. Afterward, Breitbart heads downstairs to visit Greg Gutfeld, who hosts the Fox overnight show Red Eye. Then they meet up with Felix Dennis, the high-flying founder of Maxim magazine, and spend the rest of the evening at a midtown club drinking Cristal.

For someone who claims to hate the “Democrat-media complex,” Breitbart sure knows how to work it. Few people are better at packaging information for maximum distribution and impact. He is, depending on whom you ask, either the “leading figure in this right-wing creation of a parallel universe of lies and idiotic conspiracy theories” (that was liberal critic Eric Boehlert of Media Matters for America) or “the most dangerous man on the right today” (from Michael Goldfarb, Republican consultant and former campaign aide to John McCain). Breitbart is, in short, expert in making the journalism industry his bitch. “The market has forced me to come up with techniques to be noticed,” Breitbart says. “And now that I have them, I’m like, wow, this is actually great. This is fun.”