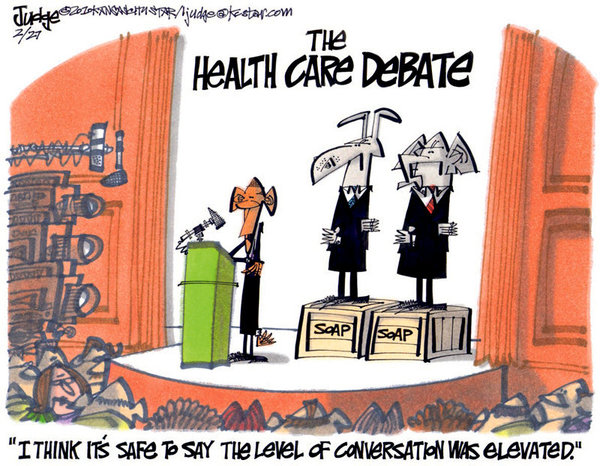 President Barack Obama declared on Wednesday the “time for talk is over” and urged the U.S. Congress to vote on healthcare as his health secretary directly challenged insurers to forgo profits to make coverage more affordable.

Visiting America’s heartland, Obama tried to rally support for his healthcare legislation among wavering Democrats. He urged them to set aside their worries about a political backlash and support the legislation.

“The time to talk is over. It’s time to vote,” he said. “I don’t know about the politics, but I know that it is the right thing to do and that is why I am fighting so hard to get it done.”

His campaign-style visit was part of a final push to pass an overhaul of the $2.5 trillion healthcare system