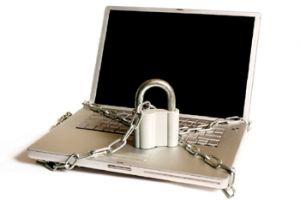 The Senate’s official gatekeeper, said the Drudge Report, a conservative news aggregator, and whitepages.com “are responsible for the many viruses popping up throughout the Senate,” according to an e-mail to the Environment and Public Works Committee.

Drudge responded that his millions of other satisfied customers have had no complaints. He also revealed the following statistics:

We made some very rough calculations and arrived at the following analysis:

What’s the total cost of government labor expended reading The Drudge Report in Congress? It depends on who’s scanning the headlines.

The Average Legislative Assistant in The House gets $37,321 Per Year (approximately $18.66 per hour). In The Senate the average is $48,276 (approximately $24.14 per hour) *these numbers assume a paid 2 week vacation. (Averages available here)

Estimate total cost of Congressional surfing of The Drudge Report: $7572 per day

As far as the White House goes, how much it costs depends upon whether a man or woman is scanning the Drudge headlines:

That means if President Obama ordered only women White House Staffers to scan Drudge headlines, he could shave $17,155 off the Executive Branch’s Drudge budget per year. (as of July 2009)

Total cost per day of Legislative and Executive Branches in scanning Drudge Headlines: $7937

Estimate total cost of Congressional and Executive Branch labor devoted to reading the Drudge Report in the first 9 days of March 2010: $71,433**

At that pace, the Congress and White House will spend roughly $2.8 Million in tax payer dollars to surf The Drudge Report in all of 2010.