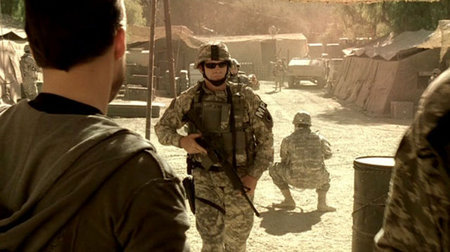 * Two Taliban leaders said Mullah Omar’s deputy has indeed been captured, and that it occurred not in Karachi but during the operation in Marja in Helmand province, Afghanistan.

* US and British special Operations forces, backed by Afghan commandos, have been hunting the Taliban before and during the operation in Marja in order to degrade the Taliban’s leadership network. The special operators killed more than 50 key cell leaders and commanders in the run up to the Marja operation.

* Civilian casualties have been very low, considering the scale and scope of the operation, as well as the number of civilians in Marja. More than 15,000 Afghan and Coalition forces are involved in the Marja assault, while between 80,000 and 100,000 civilians are thought to be trapped in Marja. The Taliban have prevented civilians from escaping the fight and have used civilians as human shields.

* Afghan and Coalition special operations forces targeted a commander in the Washir district, one of three districts in Helmand outside the control of the government. Washir is north of Marjah, where a major operation is currently underway to dislodge the Taliban.

* A raid in the district of Washir, the combined force targeted and killed Mullah Sarajudin, the Taliban commander, along with four al Qaeda operatives and six Taliban fighters. Washir lies just north of the district of Nad Ali, where Afghan and Coalition forces have launched a massive operation to take control of the city of Marja and the surrounding areas.

* Sarajudin, who is also known as Mullah Hukmat, “was involved in organizing anti-government activities and arranged contact between Taliban and Arab fighters,” Xinhuan News reported. He was a district-level Taliban commander in nearby Farah province during Taliban rule from 1996 to 2001, according to Quqnoos