Twitter is hoping to find technical ways to help users in China and Iran evade censorship to use their service. 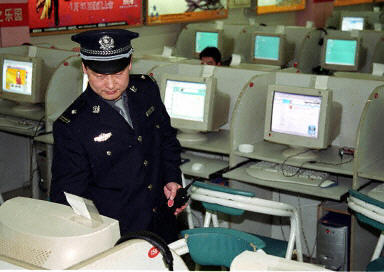 Williams, the chief executive and co-founder of ,which has been credited with helping anti-government protesters in Iran to organise resistance, said software developers were working on “interesting hacks” to stop any blocking by foreign governments.

Mr Williams, speaking at the World Economic Forum, said he admired Google for its decision last month to confront China over censorship and cyberattacks on its service, but said company was too small to take a similar stand.

“We are partially blocked in China and other places and we were in Iran as well,” he said. “The most productive way to fight that is not by trying to engage China and other governments whose very being is against what we are about. I am hopeful there are technological ways around these barriers.”

Mr Williams said  the company had an advantage in evading government censors through operating as a network of internet and mobile applications, rather than as a single website a network that is accessed in thousands of ways.”