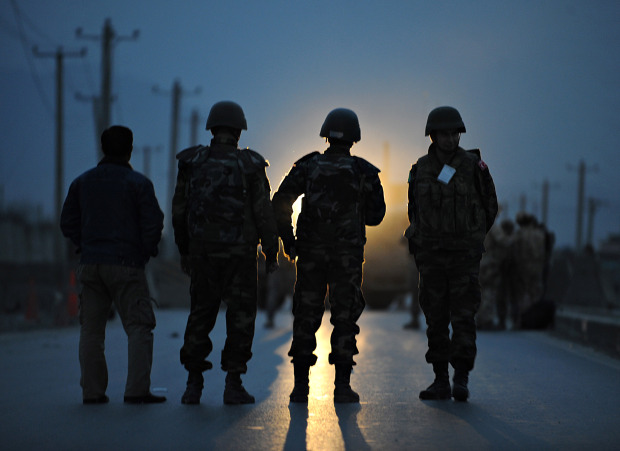 The daily grind of aid work in Afghanistan mirrors the country’s broader inertia. More than eight years after the U.S. invasion, the international community is still struggling to break out of a seemingly endless cycle of government crises and move toward a stable government — and a clear path home. The international conference on Afghanistan in London this week may offer an opportunity to start making some progress. But it’s not so easy: Working on democracy and governance in Afghanistan can feel a bit like being Bill Murray in Groundhog Day — stuck reliving the same day over and over.

For those of us who endured the protracted presidential election in Afghanistan last year, the delay and confusion of the current cabinet approval process feels all too familiar. In August, observers huddled in dusty polling centers across the country to watch vote counts. Two months later, we gathered for a recount of those same ballots in a dusty airplane hangar. Last October, as the election auditing process stretched on, there were weeks when no one in our office could remember what day it was — we were working 14-hour days, but there was little in our results to distinguish one day from another. I can only imagine that diplomats handling the current cabinet crisis are having a similar experience. The parliament has rejected the majority of two slates of cabinet nominees, dragging the process toward more parliamentary voting. (Another negotiation, another vote, another Groundhog Day.)

The recently announced delay in the scheduled 2010 parliamentary elections from May to September is being welcomed by the international community, but it does not actually represent much of a change. Almost a year ago exactly, the Independent Election Commission delayed the presidential election several months, from the spring to the fall, using similar reasoning. The delay of parliamentary elections will allow for much needed administrative reforms, such as identifying more broadly accepted election commissioners, but it should not be confused with a change in practice or system. Even under the new date, Afghan authorities will not have the opportunity to reform a five-year-old process that removes any electoral incentive to run as a cohesive party, producing a fractured parliament that, until last month’s rejection of cabinet nominees, had shown little capacity to check President Hamid Karzai’s power. Because Afghan law forbids any changes to the electoral law in the last year of the legislative term, even the new September date will not allow changes to a fundamentally flawed system. In fact, because presidential, parliamentary, provincial, and district council elections are out of sync, there is an election nominally scheduled every year between now and 2027, except 2012. Afghan elections could be stuck in an annual cycle of voting for more than a decade without reform.

The international community shares some responsibility for the crisis of governance in Afghanistan. In 2003 and 2004, as foreign diplomats and leading Afghans crafted structures for the new Afghan government, they faced a choice of enhancing Karzai’s power or weakening the office in favor of civil institutions. Leading ambassadors opted for personality over process and gave Karzai, who was then a popular leader, a government system that he could bend to his needs. The parliamentary election system, for instance, was modeled after a system so convoluted that it was abandoned by the Japanese as unworkable — but somehow deemed appropriate for Afghanistan. Because voters elect multiple seats at a time but get only a single, non transferable vote, candidates running together under the common banner of a political party lost all incentive to distinguish themselves. The same system was used in the Afghan provincial council elections last year, and it led to the top candidate in Kabul receiving only 2.1 percent of the provincial vote — not exactly a mandate to lead. The dysfunctional parliament greatly increased Karzai power.

Breaking this cycle of troubled governance is vital to allowing international troops to come home and will require steps both small and large.

On the practical side, international actors need to focus on simple reforms to ensure that their democracy and governance programs are sustainable within the long-term Afghan budget. If the London conference is to chart a course toward transfer of responsibility to the Afghan government, then international diplomats must adopt strategies that are viable under those conditions. Proposals for biometric voting or civil registry cards may be chic, but they require far more money and technical expertise than the Afghan budget could maintain. When voter cards with fingerprint identification were implemented under a U.N. technical assistance program for the 2009 presidential elections, they could not be matched with the original voter registrations from 2004 and 2005. So, after international donors spent more than $100 million for voter registration, Afghans arrived at polls last August with no voter rolls and cards with fingerprints no one could scan. At some point, another such voter-registration effort will occur — a terrible Groundhog Day experience for international donors’ bank accounts.

On the philosophical side, international diplomats must move past the politics of personalities and into the process of institutions. During the presidential election there was an understandable fixation on whether Karzai or his advisors had cheated on a massive scale. But focusing solely on Karzai overlooks the reality that the Afghan presidential election system has built-in temptations for fraud, from the local level up to the presidential, regardless of who sits in what seat. For example, all governors are appointed by the Afghan president — meaning that governors don’t even need nudging from Karzai to help keep him in office using any means necessary: their jobs already depend on it.

Provincial and district governor appointments also create challenges for governance within the province — and not just in election years. In 2005, for example, Sher Muhammad Akhunzada, then the governor of Helmand, was reportedly found with nine tons of opium in his basement and replaced by the more suitable Gulab Mangal after British diplomats pressured Karzai. But even when the international community succeeds in removing a corrupt governor and a decent replacement is installed, it is only a temporary measure capable of being reversed with the flick of the presidential pen. By 2008, Karzai was considering reinstating Akhunzada, arguing that his involvement in the drug trade should be overlooked because his tribal connections could bolster the government’s efforts in Helmand. After a redoubling of diplomatic pressure, Akhunzada was not reappointed, but the larger lesson is this: Until provincial and district governors are elected, they will always be upwardly accountable to their patrons — whether international donors or the president — not downwardly accountable to their people. Again, the fixation on the politics of personalities is distracting and delays the measures needed for long-term stability in governance in Afghanistan.

At the London conference, the international community will likely be asked to fund a reconciliation and reintegration program for Taliban fighters, which could well include roles for them in government. This program may be worthwhile, but it will not be sustainable until the current system of governance is reformed and Taliban fighters have guarantees that do not depend solely on the president’s approval. Creating a space inside government for a cohesive loyal opposition will be essential for the long-term strength of any political agreements between the government and its opponents. This week, let’s hope that international diplomats in London poke their heads up, see their shadow, and get focused on building a sustainable system of governance. Or else we have a long winter ahead, filled with lots more Groundhog Days.