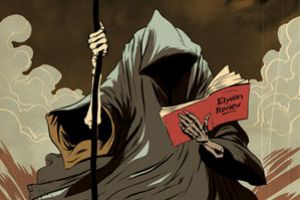 The last Chapter of Chemical Ali.

DAMASCUS – Three big stories came out of the Arab world on Monday, starting with the explosion of an Ethiopian airplane in the skies off Beirut, which led to the death of all 90 passengers, on to three deadly attacks in Baghdad, which killed 37 people, and finally, the execution of Ali Hassan al-Majid, the notorious cousin of Saddam Hussein.

The death of Majid – known as “Chemical Ali” – has caused a stir among ordinary Iraqis, who remember well how feared and brutal he was. Few will shed a tear for his passing, but many are

questioning the timing of the execution – which has been on hold since October – and linking it to the March elections.

Executing one of the pillars of Saddam’s regime so close to the vote could help polish the image of Prime Minister Nuri al-Maliki, who has watched helplessly as terrorists launched deadly attacks in the capital on Monday and in recent months. Eliminating Majid with an iron fist helps paint the prime minister as a serious leader who is determined to strike at troublemakers within Iraq.

Maliki has blamed the attacks last year on former Ba’athists, while military spokesman Qassem Atta told the Los Angeles Times that “terrorist organizations of al-Qaeda and the Ba’athists, who are working together,” were responsible for Monday’s attacks.

Nailing senior al-Qaeda commanders seems to have proved too difficult for Maliki, and Majid – ailing at the age of 69, and clamped in chains in a Baghdad dungeon since 2003 – appears an easier target.

Maliki can also be assured that Majid’s execution will not arouse Sunnis. Saddam’s hanging in 2003 and that of Sunni officials such as his vice president Taha Yassin Ramadan and chief judge Awad al-Bandar in 2007 had provoked no angry response. The execution of Majid has also proved less controversial than that of Saddam’s half-brother, also hanged in 2007, since Majid had no power base.

Ali Hasan al-Majid was born in November 1941 in Saddam’s home town, Tikrit, which also became the hotbed of the Sunni insurgency in the post-Saddam era. Much like his cousin, Majid grew up in poverty, holding odd jobs such as motorcycle messenger and driver for the Iraqi army, until the Ba’ath Party coup of 1968. This coup led Saddam to the post of vice president in the Ahmad Hasan al-Bakr regime.

Majid’s fortunes changed in 1970 when, realizing that the coup could be his passport to wealth, power and fame, he joined the Ba’ath Party. He served briefly as advisor to the minister of defense before becoming head of the security office, which enabled him to back Saddam’s 1979 rise to power.

Majid was reportedly not pleased with Saddam’s policies, accusing him of being too soft on opponents and calling for more brute force to wipe out internal opposition. For his unwavering loyalty, Saddam made him director of intelligence in the early 1980s, tasking him with exterminating opponents in the wake of an assassination attempt on Saddam in the town of Dujail, north of Baghdad, in 1983.

Majid’s men raided Dujail, arresting men from all walks of life and breaking into and razing homes. In March 1987, during the final stages of the Iran-Iraq War, Saddam made him secretary general of the northern bureau of the Ba’ath Party. His mandate included the rooting out a Kurdish rebellion.

During his campaign against Kurdish rebels, Majid reportedly used mustard gas, sarin, tabun, and VX, earning him the nickname “Chemical Ali” – which he was reportedly proud of. During this campaign, known as Anfal (the spoils), the town of Halabja was hit with chemical weapons, killing anywhere between 3,000 and 5,000 people. According to sources within Iraq, Majid had by 1988 ordered the destruction of 4,000 villages and the deaths of no fewer than 100,000 Kurds, in addition to having deported over one million.

When the war ended in 1988, Majid became minister of local government, and after the 1990 invasion of Kuwait, Saddam appointed him military governor of the tiny, occupied sheikhdom. Thanks to Majid, Kuwait was plundered and looted beyond imagination during the era of the Iraqi presence – which lasted from August 1990 to January 1991. This scored Majid more points with Saddam, who appointed him as interior minister in March 1991.

As interior minister, Majid’s first job was to root out a Shi’ite uprising that had broken out after the Gulf War, which again he fulfilled with grand precision, leading to the killing of thousands.

Majid was then made minister of defense and in 1998 he became commander of southern Iraq, which is overwhelmingly Shi’ite. From his headquarters in Basra, he fought alongside Saddam during the 2003 war with the United States and its allies, disappearing after the fall of Baghdad in April. The US listed him as the fifth-most wanted man in Iraq – the King of Spades in the deck of cards that was released during the war – and he was eventually hunted down and arrested in August 2003, five months after the occupation of the Iraqi capital.

He was brought before an Iraqi court on counts of genocide and crimes against humanity in 2006, receiving four death sentences before he being finally executed on Monday at the age of 69. During his trial he pleaded not guilty, and famously said, “I am the one who gave orders to the army to demolish villages and relocate the villagers. The army was responsible to carry out those orders. I am not defending myself. I am not apologizing. I did not make a mistake.” In one recording, he said that these villages were attacked because they were filled with “Iranian weapons” and he promised not to leave anyone alive in Iraq who spoke Kurdish.

Needless to say, Iraqi Kurds are especially happy with the elimination of Majid, and so are Shi’ites, who now control key posts in the government after decades of persecution in the underground by both Saddam and Majid.

The United States is pleased to see one of Saddam’s henchmen gone, and because of his aggressiveness against Iran in 1980-1988, the Iranians are also glad to see his name written off into history.

In Iraq ahead of the March elections there is, then, a collective sigh of relief that the notorious Ali is gone – somewhat of an assurance that nobody will walk in his footsteps or, if they do, they will face a similar end. Majid’s death in the hangman’s noose – an expected death for him no doubt – relives the old saying, “He who lives by the sword, dies by the sword.”