strapasynthon (43)in #conspiracy • 3 years ago 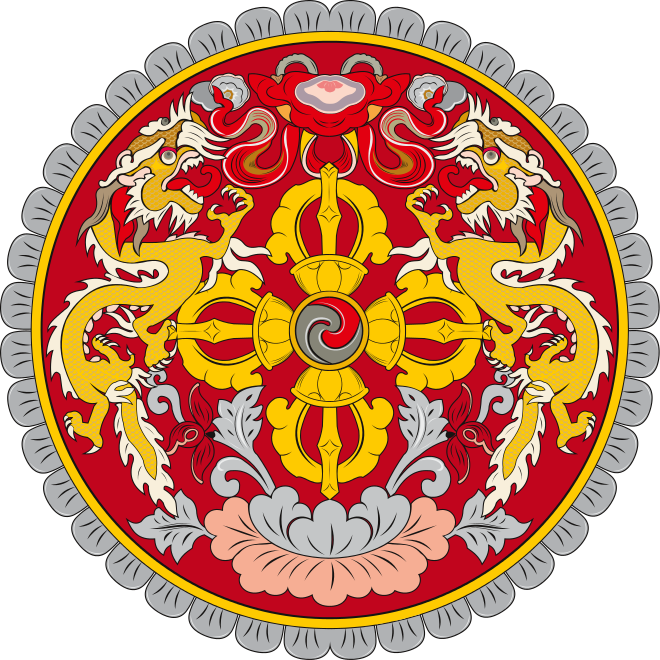 President Trump representing all 32nd degree Scottish Rite masons and below in a secret masonic ceremony in the forbidden city in China during his recent Asian visit was admitted as a fellow of the White Dragon Society, the Asian equivalent of Masonry.

Ending a rift between the Gnostic Illuminatti and the WD Society that began with the dishonorable war crime of dropping twin nuclear weapons on civilian targets within a defeated Japanese Nation, despite a promise to WD to only demonstrate a single device against an isolated military target.

The vast tranches of Asian Royal Bloodline Gold that could have been used to rebuild the shattered economies deeply in war debt to the Satanic Illuminatti Banksters was held back for a period of time by the custodians of civilization due to this rift.

Instead only after the Brenton Woods agreement saw a Satanic Illuminati infiltrated America declared a world superpower and WW2 was allowed to end. Research and Development by all parties however proceeded unabated.

The handlers of President Trump are known as the Gnostic Illuminatti their symbol is the Goddess LuSophia-Gaia-Saraswati-Amunet holding aloft the torch of enlightenment of which the Statue of Liberty is the landmark of their nation.

This image has been falsely linked to the lie that Lucifer is somehow connected to the enemy of mankind Satan through the Vatican lie about Eve and Lucifer and the fall of mankind. The Gnostic Illuminatti are locked in a death match with the Satanic Pedophile Illuminatti that have infiltrated all banking and governments of the world.

The Great White Brotherhood made famous by Helena Blavatsky of the Theosophical Society and Alice Bailey of the Lucis Trust has two outer movements one in the West the Gnostic Iluminatti and one in the East the White Fire Dragon Society.

These two society’s have been estranged after WW2 when the Satanist’s successfully infiltrated the Manhattan Project and reneged on the promise to the White Dragon Society to just demonstrate the Nuclear Weapon on a single isolated Japanese military target instead of raising the twin Nuclear Mushrooms over Japanese civilian targets, which was a war crime. The Two Columns of smoke, Twin Towers of 911 etc, is a Satanic Zionist Masonic symbol of the two columns of the Third Temple they want to build in which to crown their “King of the World”.

The Gnostics and the WD have resolved their differences after the Satanic Illuminatti tried to create DNA specific biological weapons such as the SARS and Ebola viruses to depopulate Asian and African societys. That was the straw that broke the camel’s back and stirred the sleeping dragon into action against the Dark Deep States that infest the Western nations.

The historical power of both these Society’s dates back to the silk road. The Templars the forerunners of the Masons had the franchise for protecting the Merchants of Venice (Remnants of the Roman Empire bloodlines) European leg of the Silk Road which ended in the Western end in what is now Israel, it was marketed as protecting Christian pilgrims by the Church. The Eastern End was in North Korea and they met in the Middle in the present State of Bhutan, the least corrupt State in the World. The White dragons protected the Asian Merchants and the Asian Royal Bloodlines of China, Korea, Japan, Thailand, Vietnam, Philippines and Indonesia. The lower levels of the Masons and WD are a grey organisation in which the initiates are tested as they move up through the various iniations for which the Scottish Rite that controls American Masons has 33 degrees. The initiation levels of the WD are not revealed to Westerners, so we will have to wait for a disclosure from them, it is speculated to be closer to the the 10 levels of the York Rite (White Rose of the House of York and the Asian White Rose Character in the TV series Mr Robot) than the Scottish Rite. Nine is an auspicious number in Asian numerology.

The 32 degree in the Scottish Rite is the highest purely Masonic degree. The 33rd degree is the first Satanic Illuminati initiation. During this invite only initiation the 32nd degree candidate of (which Trump is) the candidate at some point in ceremony after answering the correct passwords and demonstrating the correct hand grips, is presented with a symbol of his birth or conversion religion, a crucifix in the case of a Christian, a Torah in case of a Jew, a Koran in the case of a Muslim or a small gold Buddha in the case of a Buddhist. Proclaimed Atheist’s are not admitted to Masonry.

He is asked to spit on it! If he fails to spit on it, he is congratulated as being true to his beliefs and the ceremony moves on to another round of passwords and hand grips designed to fail him. The faithful candidate fails the final stage and is not admitted to the 33rd degree, with the better luck next time consolation. This candidate is never invited again to take the 33rd degree initiation.

The candidate that does spit on the icon is admitted to the 33rd degree, with the commendation “You see through the illusion of religion and are worthy to lift the veil!”

Trump was not admitted to the 33rd degree but joined an exclusive group of 32nd degree masons that support one another in an Chivalric Brotherhood filled with military and security agency heads. It was they who approached him, a fellow brother and convinced a retired self made millionaire to put himself in the most stressful job on the planet, put himself and his family in mortal danger and serve the country he loves as it’s President. 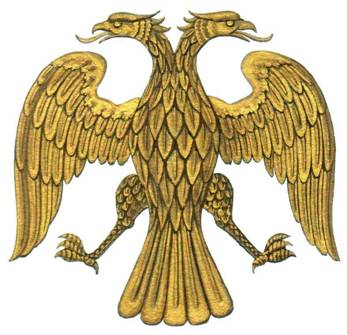 The left hand leads deeper into more debauched and cruel ceremonies until after another nine initiations they are admitted into the 9th circle.

It is in the ninth circle entrance ceremony where the blood of a raped and sacrificed child must be drunk warm. The child is forced to drink a clay infusion containing mono-atomic gold several hours before the ceremony so it is in the child’s bloodstream when the participants drink it. These twisted psychopaths believe it is the elixir of life and helps them to live long lives. This ceremony is loved by the European Royalty/Bankers and is carried out in the banking districts of New York, London, Paris and the Vatican. Research “the boy called Adam” a young negro male child’s headless and limbless torso clad only in bright orange shorts, that was found floating in the Thames river, very close to a pyramid topped skyscraper.

Trumps last nation he visited was the Philippines where he physically took possession of the Tallano Gold certificate of title for 640,000 metric tonnes of gold, to back the new international dollar as a run around of the United Sates of America corporate petro-dollar controlled by the US Federal Reserve the privately owned back of the globalist Rothschild family.

Here is the back ground story about the gold:

It was transferred out of the Philippines before WW2 to prevent it falling into the Axis powers by Vatican Gnostic Illuminati White hats before being returned back to the protection of the White Dragon Society to prevent the Satanic Illuminati Jesuit Agents after they regrouped and completely took over the Vatican following the failed WW2 plot to take over the planet using the Axis powers and issue in a new Satanic Dark Age.

The Nazi swastika is a symbol used by the Cosmic black lodge that controls the Reptillian and Insectoid races that infest the astral dimensions of the galaxy our solar system is presently exiting. The anti-clockwise swastika is a stylised view of the underside of the Galaxy the destructive receptive pole of the black hole worshiped by the Nazis/Jesuits as the Black Sun. It is opposite the outgoing pole of the same black hole that rains purified hydrogen down upon the star field to create new suns that when viewed from above spins in the opposite direction and is worshiped as a Buddhist symbol of the Sun and Hindu symbol of prosperity.

The fact that the forces of light triumphed over the dark by solving the problems of atomic fission before the dark ones scientists could meant a timeline for the return of Planet Earth to the path of a sacred planet was locked in. The Satanic mind is extremely intelligent by like all psychopathic minds it is chaotic, it knows no peace, it cannot concentrate and jumps around like a child with ADHD. The Left Hand Path Dark masters overshadowing the Axis scientists could not focus on the specific steps needed to solve the Uranium Gun Barrel solution, the calm and pure mind of the Masters of the Great White Brotherhood overshadowing the Allied Scientists was able to guide their acolytes in the correct sequence to solve the Plutonium implosion method as we Unranium 238 Gun Barrel method to build two devices before the axis scientists could build one successful device.

It was a race down to the wire and some of the ascended masters of the GWB were preparing a plan B to invoke the emergency energies of the Solar Logos but thankfully that was not needed and the Earth escaped a CME that would have reset the clock of civilization.

The loss of WW2 by the axis powers was a major setback to the Brothers of the Left Hand path and their outer organisation the Satanic Illuminati. We came so close to enslavement but the collective light, love and power of humanity gave the GWB enough energy to win, this victory is now rolling back the rearguard attack of the Dark Masters and their Globalist puppets to finally seal the door where evil dwells.

http://www.philnews.xyz/2016/03/marcos-tallano-gold-truth-revealed.html
Trump and the return of Gold Currency Standard.