The typical bourgeois mainstream media pundit is confused and alarmed by Donald Trump’s ascendancy. The typical pundit is a member of the petit bourgeois who has zero contact with the working class in America, other than saying “hello” to his/her auto mechanic, hair salon employee, etc.

The standard-issue pundit has an overweening sense of their own insight due to their academic/media success; nobody gets air time for confessing “I’m clueless.”

Their failure to grasp Trump’s appeal has revealed their absolute lack of insight and understanding of the real world beyond the media, Wall Street and D.C.

The conventional MSM pundit compares Trump to the politicos of the past and finds him wanting. He’s no FDR, Reagan, etc., they pout.

The pundits are outraged by Trump’s success as a candidate because in their blindered view of the political/economic landscape, he shouldn’t be successfuland so something is amiss with the Universe.

Lady Macbeth suppresses her instincts toward compassion, motherhood, and fragility — associated with femininity — in favour of ambition, ruthlessness, and the singleminded pursuit of power.

frat-boy fly-boy, got a nickname for everybody, just put one over on you grin G.W. Bush, tail-end of a dying dynasty, check; idealistic insider/outsider Bernie Sanders, fired up by injustice but unwilling to challenge the Democratic Party’s favored cartels, check, and a crowd of also-rans climbing the hilltops in a rainstorm, hoping political lightning strikes their me-too campaigns, check.

Trump doesn’t fit into any stereotype of recent campaigns, and so the perplexed pundits have attempted to label him a demagogue or Id-fueled populist without a “real” agenda–that is, a candidate that should have burned out in the first week ot two of the campaign.

They don’t get it, and the reason why they don’t get it is because they are rooted in the petit bourgeois technocrat class that aspires to insider status within corrupt cliques of centralized power. The pundit burnishes their credentials with the usual petit bourgeois baubles–advanced degrees from “respected” universities, books published by “respected” New York publishing houses, and fellowships from “respected” poverty-pimp foundations funded by guilt-ridden plunderers and their dilettante offspring.

The media punditry’s relationship with the working class is akin to their relationship with China: they visited Shanghai once and stayed in a luxe hotel and were entertained by bigshots in the glitzy bars and cafes. Satisfied with their shiny new profound knowledge of China, they return home filled with insights into a nation they’ve never actually visited– what they visited was the Hollywood tour version of China, not the actual nation.

The petit bourgeois media, so easily impressed with institutional “respect” and other fabrications of the ruling class, demeans the working class supporters of Trump as lumpenproletariats, which Marx described thusly:

Rather than describe the working class, this describes the political class of the U.S.A. to perfection.

What the blindered media pundits don’t grasp is their self-satisfied class of country-club Republicrats and ersatz we-feel-your-pain Demopublicans is the real enemy of progress, for what Trump supporters understand that the technocrat class of social climbers fails to grasp is the only way to progress from here is to tear down the institutions of privilege that the technocrat class defends and aspires to join.

This is why the media is as much the class enemy of the working class as the incestuous, corrupted and corrupting pool of swindlers, fakes, apparatchiks, lobbyist/brothel keepers and grifters that populate Washington, D.C.

Technocrat pundits scratch their well-educated heads and wonder why Trump enthusiasts would vote for a bombastic scion of wealth. Let me help you, gentle confused pundits: Trump comes across like a plumber who’s struck it rich: he’s got a beautiful (immigrant) wife (second, third or fourth, who’s counting, the guy has it made), he speaks his mind regardless of who’s offended, and he doesn’t bother with bean-counter trivialities like a carefully scripted agenda that includes all the key demographic groups.

Trump tells people he doesn’t need their campaign contributions, but millions of dollars in small donations flood in anyway.

Many of the working class supported G.W. Bush, but they now understand he betrayed them and the nation; hence Jeb Bush’s $100 million campaign flop.

The working class supported Slick Willy because they knew his type–lady’s man, snake charmer, greasy go-to guy for the monied class in town, a guy on the make every waking second. Slick Willy was relentless, sweating, oozing, seething wth ambition–a guy you could see though but also a guy who had big dreams and worked them hard.

His wife, on the other hand, is as phony as a 3-dollar bill, incapable of irony or shame, a zealously self-absorbed chameleon who changes her accent, message, clothing and language to appeal to whomever she’s addressing at the moment, a technocrat-lawyer who believes in nothing but her own entitlement and will to power…….updated 1/22/2017… 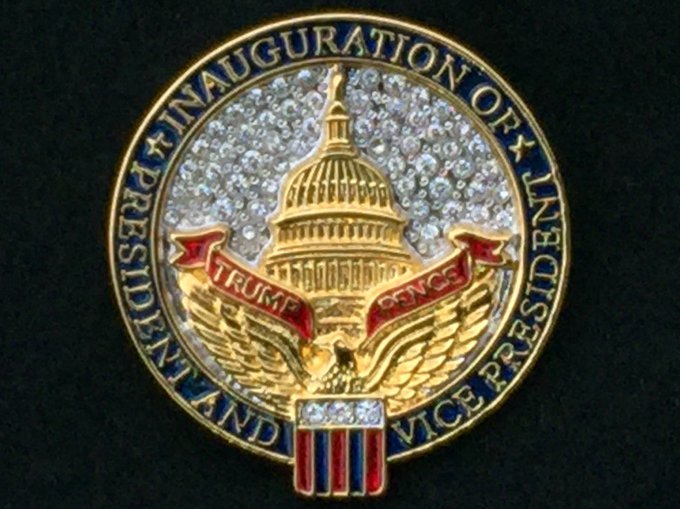